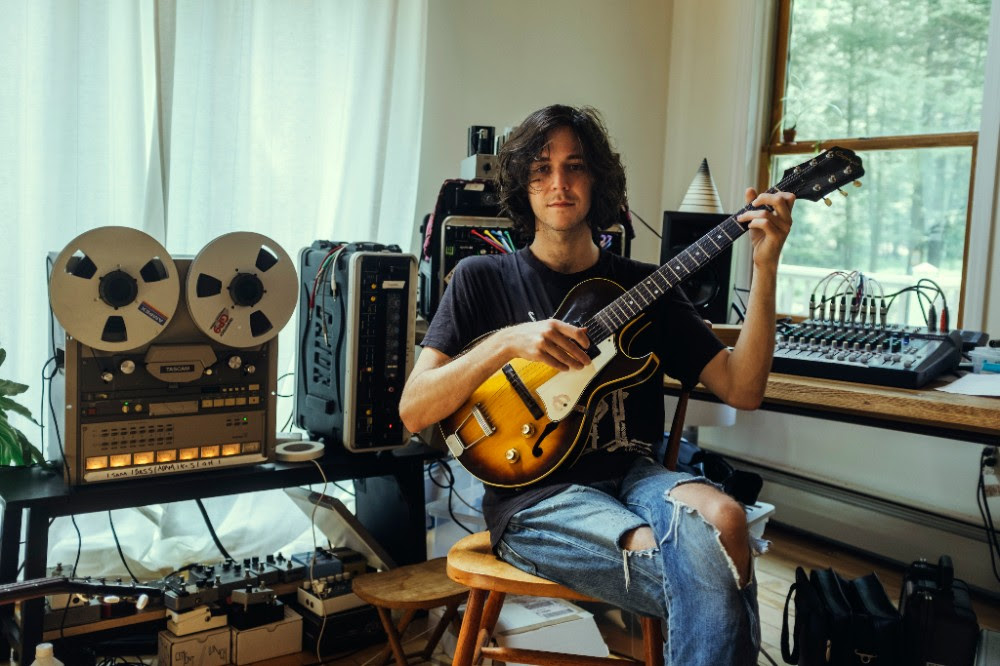 Sam Evian, AKA: songwriter, and producer, Sam Owens’ forthcoming release You, Forever, comes out on June 1st via Saddle Creek. The lead-single “Health Machine” is now available to stream. Sam Evian, plays his next show on April 13th in Toronto.

Sam Evian on “This is you, forever,”

“It’s about accepting that you are responsible for you, that you’re in charge of your actions. Everything you do affects others and yourself, so, no matter what you choose to do, be there and learn from it.” It’s a mantra that powers Owens and is echoed across You, Forever.

You, Forever was written on the heels of touring Premium, including support runs with Whitney, Big Thief, Lucius, Luna, and Nick Hakim, all of which taught Owens much about feel and interaction. Further fueled by a desire to escape from the glow of screens and to embrace a sense of limitation, he wrote and initially recorded instrumental versions of the songs comprising You, Forever on a four-track cassette recorder using his family’s instruments in the garage where he grew up in North Carolina. He then rented a house in upstate New York with his band — Brian Betancourt (bass), Austin Vaughn (drums), Adam Brisbin (guitar), and Hannah Cohen (backup vocals) — to record on an eight-track reel-to-reel tape in July of 2017.