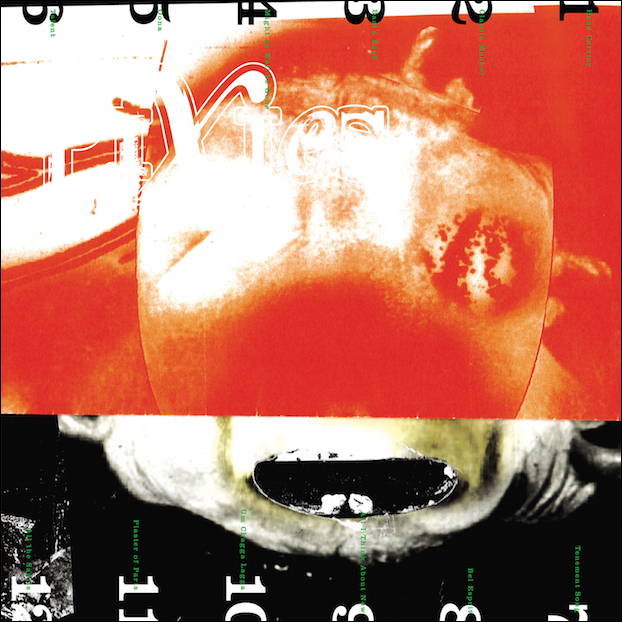 The biggest story surrounding alt-rock legends Pixies new Head Carrier full-length isn’t that this is only the second album from the band since they kicked off their reunion in 2004–or arguably the first, considering 2014’s Indie Cindy first arrived as a series of EPs. Rather, it’s that the collection features a song that extends an olive branch of sorts to founding bassist Kim Deal, who left the project in 2013. The tune, “All That I Think About Now,” is sung by current four-stringer Paz Lenchantin, who asked band leader Black Francis to pen some lines for Deal as a thank you. While noble, it’s an awkward gambit. The song very much references the slowly-picked, fuzz saturated guitar and ethereal “oohs” of the band’s signature “Where Is My Mind?”, from 1988’s Surfer Rosa, and finds Lenchantin singing an ultra-nostalgic set of lyrics looking to turn back the clock (“If I could go to the beginning/Then for sure I would be another way”). Longing for your glory days is a tried-and-true theme in music, but the piece only serves to score how much better Pixies used to be.

Head Carrier isn’t a drastic departure for Pixies, which may be its biggest fault. In theory, all the right marks are being hit. The title cut alone almost immediately mixes sweet melodies and viciously chunked-up guitar noise with “Debaser”-esque yelps from Black Francis. However, it’s all become routine.

“Talent” employ’s Pixies patented frantic compound counter rhythms, but the blur of bass and guitar weirdness does not mask the song’s lame duck lines. While the track consciously breaks down concepts of fame, style and identity, there’s just no way anyone is going to sound slick singing “I met this really cool dude today, lookin’ like Jack Palance.”

Elsewhere, “Might As Well Be Gone” and “Oona” utilize the familiarly lean, bass and drum arrangement of older Pixies work for the verses ahead of dialing things into the red. But while sporadic bursts of guitar tension once seemed like a cool quirk, the loudQUIETloud dynamic is too commonplace for the band now. It’s what’s expected.

One of Head Carrier’s most unique songs is also its most aggressive. Pixies have gone punky before (see the feral screams of Doolittle godsend “Tame”), but “Um Chagga Lagga” works some sort of straw hat hardcore angle, a motorized stomp about weird stuff happening on the side of the road, and the urge to just keep burning it down the highway instead of checking it out (“I just keep on driving/Don’t get mixed up in shit/You could get used to it”). “Plaster of Paris” is another out-of-their realm standout for Pixies’s latest, with its open chord jangle, bop-and-drop bass line and steadfast one-two drumbeat making it sound like something you would’ve sweated it out too at an Athens, GA house show circa 1979.

On the whole, though, there’s not too much on Head Carrier you haven’t heard before from the quartet.

Time is the enemy of the legacy act, and Pixies have three decades of game-changing alt-rock history to contend with. Diehards will find something to latch onto Head Carrier, while others will just stick to “Where Is My Mind?”