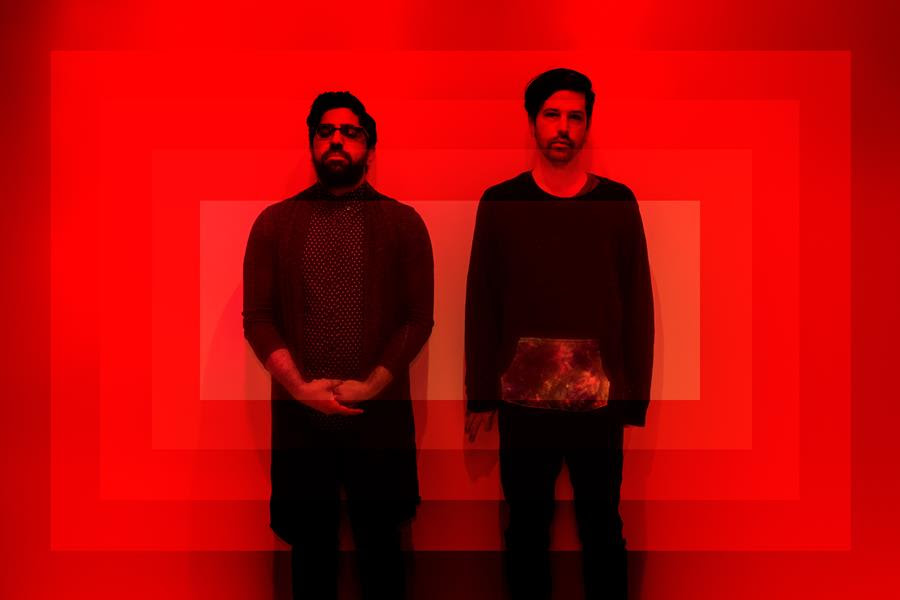 HDLSS (pronounced Headless) is a “nocturnal pop” duo from Ridgewood, NY, consisting of Far and Wolfy. Selections from DUMB is the new album the band is releasing in August, their 1st release since going on hiatus in 2012 and changing their name from Headless Horseman (formerly on Greedhead Entertainment).

The album was recorded/produced by HDLSS and mastered by Yale Yng-Wong (Grizzly Bear, Chairlift) and Jonathan Schenke (Parquet Courts). recently, the band shares a new track “What Comes Next?” – they’ll also be playing tonight at Baby’s All Right in Brooklyn, opening for the much-hyped KUČKA who has recently appeared on tracks w/ Vince Staples & Kendrick Lamar.

About “What Comes Next?”

This song was born out of the incongruity of your insides not matching your outsides. That universal feeling that the way you look does not represent who you actually are. As a brown person, stereotypes have always followed me, and now, when Muslims are being demonized
everyday, it is even harder to escape. Hindus are perceived as Muslims. All Muslims are perceived on the same axis as extremists. Nuances get lost. It’s an issue any minority confronts, where an individual is force to represent a swath of people, the Other, since most people do not know many South Asian, Latino, Black, LGBTQ etc. people. To the majority/white culture, we become ambassadors, put on display to perform “exotic” cultures. This puts people who have critiques of their own culture in a precarious position. And what does this do to a person within a faith who has doubts, or is still developing a faith, yet at the same time they are perceived to be a spokesperson? How does that affect his/her natural spiritual development? “What Comes Next?” addresses that question by taking the perspective of someone grappling with being born into Islam, and fighting to understand religion in a nihilistic/narcissistic/consumer-driven society.

It extends to something a lot of people go through, as we are born into religion, and have to make a decision at some point, beyond what has been ingrained in us through our upbringing, of whether we believe in God, and whether we are born free. My parents immigrated here in the 70’s to go to college. Naturally, like most immigrants, assimilation is a means of survival. They were young, left their respective families of 8 behind in Kenya, and wanted to live the American dream of being successful. My parents paved the way for my siblings and I to become doctors and engineers. I know now that I took what my parents gave up to come to America for granted, like the passed down values and traditions that slowly got replaced living in America. For a while, I was angry that our culture gets white washed living in the US, and that the anti-spirituality of the US is inside me too. To a certain extent, I can’t even blame my parents for being republicans/Trump supporters, because they are products of growing up in a post-colonial Kenya that still very much bore the influences of England. My dad grew up in the British education system, and internalized some of the white superiority complexes that are inherently present in post-colonial societies. All of this takes a psychological toll, and in this song I wanted to investigate how this gets passed down to the next generation, and what responsibility first generation Americans really have in order to mitigate damage that inevitably gets passed down in diasporic communities.

I see this as a responsibility. That as a brown body I am immediately politicized. There is no choice to be apolitical. This may seem obvious, but I went through all these stages of denial to assimilate, to shirk the responsibility and wade in the oblivion of nihilism. Taking that too far brings you to meaninglessness, to the alphabet of nonsense deep within the void where ladders don’t exist. I had to learn that the spirit is resilient if you give it space and time. Finding truth is finding your origin, and defining the name you were given and owning both your reflection and projection is powerful and transformative. The responsibility and the freedom.