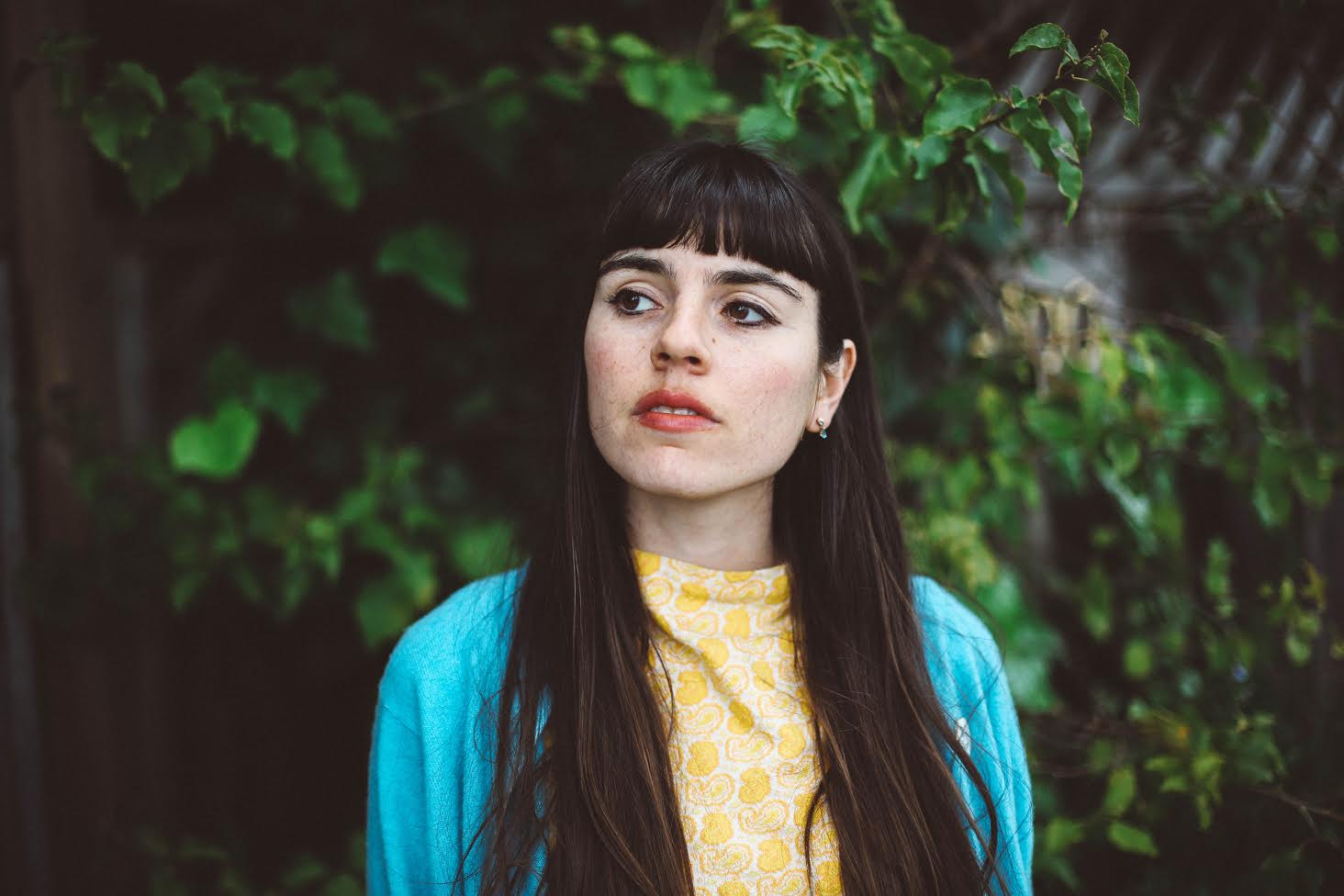 Following a hugely successful 2016, 26 year old indie sensation Hazel English has announced a new double EP titled Just Give In / Never Going Home due May 12th via Marathon Artists, the project compiles her debut EP alongside six new tracks to make her first full LP-length release. Coinciding with the announcement of the double EP, Hazel English just revealed the sunkissed, shimmering accompanying visuals for its lead single ‘Fix’. Shot in the backstreets, parks and overpasses of Echo Park and Silver Lake, LA, by Austin Kearns, the video is influenced by cult films Beyond Mountains, More Mountains and The Virgin Suicides, and perfectly captures that feeling of butterflies in the stomach.

New double EP release Just Give In / Never Going Home, out via House Anxiety / Marathon Artists, is a collection of old and new, compiling her debut EP alongside six new tracks to create her first full LP-length release. The ‘Never Going Home’ side combines the hazy, direct songs that have helped Hazel rise to prominence this past year, while the ‘Just Give In’ side documents her blossoming creative partnership with Jackson Phillips (aka Day Wave). Both musicians met when Hazel was working in a local book shop. Jackson popped by on his way to get a synth repaired, and the two got talking about music, before deciding to collaborate. It’s a meeting of minds that’s helped forge this essential debut collection. Each song sports a timeless, sun kissed aesthetic that you might expect from Bay Area-based creatives, but Hazel’s direct style and pop sensibility take things to another level.

The Oakland, San Francisco-based artist makes amazingly infectious dream-pop that’s bound to affect people. Her candid songwriting – whether documenting the experience of leaving home or living with anxiety – draws people in. “It’s really cool to hear when people say, ‘This song really helped me this week,’” she confesses. Although writing personal lyrics can play a primary, self-facing purpose (“it’s cathartic”), nothing tops the realisation that someone else feels the same way. “Something I made had an impact on somebody else – that blows my mind. Actually having a conversation with someone who loves my music, that means a lot to me. Suddenly it’s not just a number, it’s a physical person standing in front of me that’s getting something out of this.”

A traveller itching to see new places, Hazel first found Oakland on a trip away. It only took a few days to convince her this could be her new home. Shortly after, while studying creative writing in Melbourne, Australia, she had the option to study abroad. She didn’t know she’d stay here, or indeed that she’d find the tight-knit musical community that thrives in the Bay Area, but she was drawn to something unexplainable about the place – a connection. “This is gonna sound really hippie, but there was an energy,” she states. “It felt very accepting and open. It’s such a beautiful city, Oakland. The architecture is gorgeous and you’ve got the bay. It has a very big history of acceptance and diversity and multiculturalism. It seemed to me like the city I’d been looking for. I thought I was just gonna go for six months, but I got connected with the musicians and felt like a really strong part of the community. So it felt like home. That vibe really made me feel like I could be whoever I wanted to be, I could try whatever I wanted to do.”

15 May | Privatclub, Berlin
16 May | Nochtwache, Hamburg
17 May | Ancienne Belgique, Brussels
20 May | The Great Escape Festival, Brighton
21 May | Hare and Hounds, Birmingham
22 May | The Castle Hotel, Manchester
24 May | The Lexington, London
25 May | The Louisiana, Bristol
27 May | London Calling Festival, Amsterdam