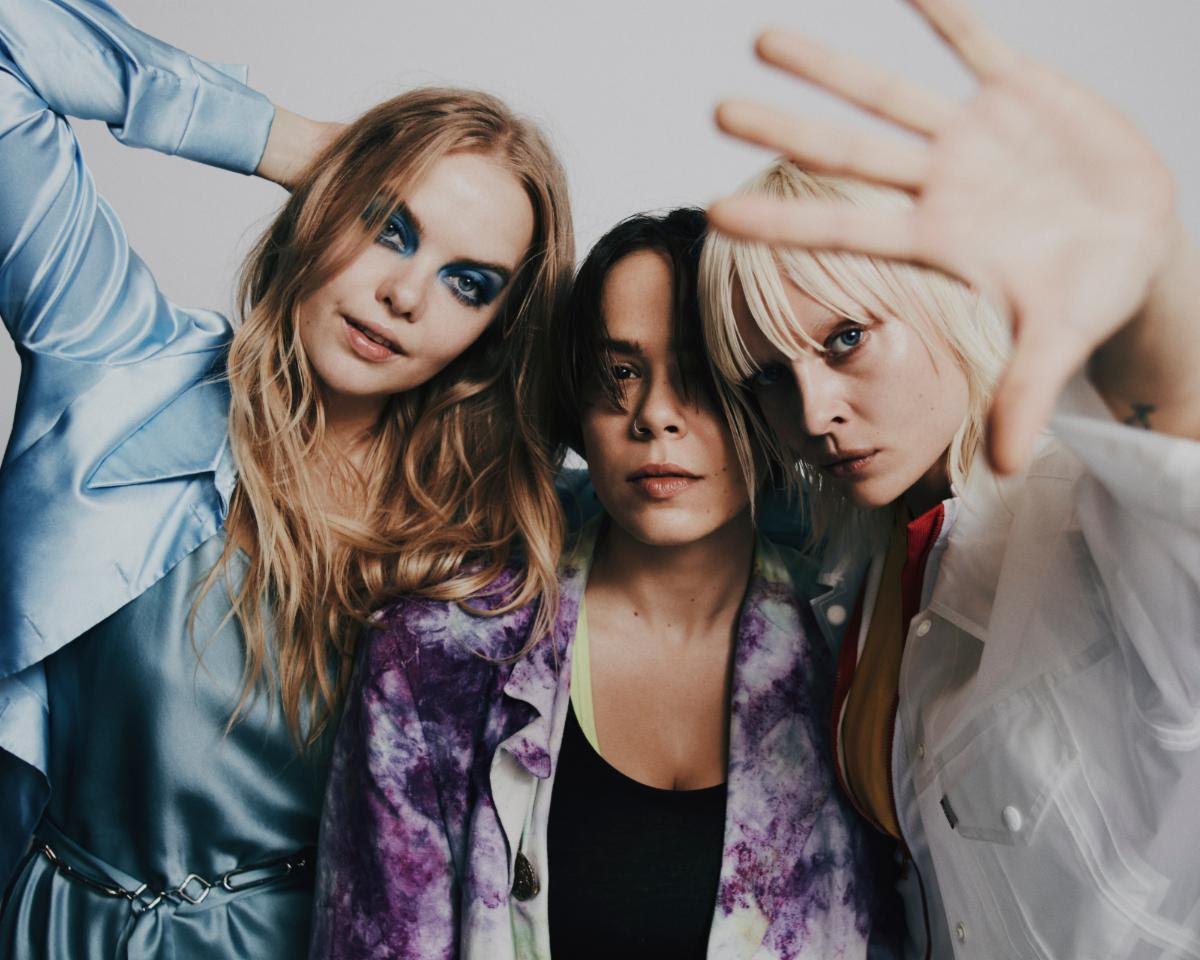 Dream Wife is comprised of Rakel Mjöll, Bella Podpadec and Alice Go. Their new LP So When You Gonna… is due out this summer via Lucky Number. Today, the group have shared their new single, “Hasta La Vista.” The tune is one of the first songs we wrote after we completed our touring cycle for our debut album. We’d played over 200 shows in 18 months and had returned to London to discover that things around us had changed and so had we. Close relationships fell apart and others came together. This song is about accepting and embracing that change and being thankful to what that was and what it is today.

Being on tour has some similarities to living under quarantine – the separation from loved ones, the submission to the process, the large amounts of time in contained spaces with the same group of people. We built this band around relentless touring and the celebration and love of the live show and the community that it creates. And we’re very much looking forward to experiencing that again, when the time is right.

Dream Wife have also launched their When You Gonna… podcast series. Having always been outspoken about holding up other womxn and non-binary people in the arts and creative industries, the band have— as they say in the record’s first single “Sports!”— “put their money where their mouth is,” by not only having an entirely non-male team help create the new record, but also by launching this new platform to amplify those voices. Each episode is a one-on-one interview with a different creative, connected with Dream Wife, about how exactly they managed to hone their craft, to encourage their fans and listeners to start something new, to pursue their creative interests and also to provide advice in navigating these industries. With a gender divide in music production currently estimated at around ninety-five percent male to five percent female, it felt right for the first episode to feature the new album’s producer Marta Salogni discussing how to get into music production in an in-depth conversation with Rakel. Future guests include Ione Gamble editor/arts director and writer, Aidan Zamiri video director, Paolina Russo fashion designer, Chloe Sheppard photographer, Estella Adeyeri musician/Girls Rock UK, Girli songwriter & musician, Ayesha Tan Jones activist & artist, Adele Slater live agent at Paradigm, Bishi musician and founder of Women in Technology creative industries Hub and Soph Nathan guitarist/musician.

So When You Gonna… will be released on July 3rd via Lucky Number – pre-order HERE.