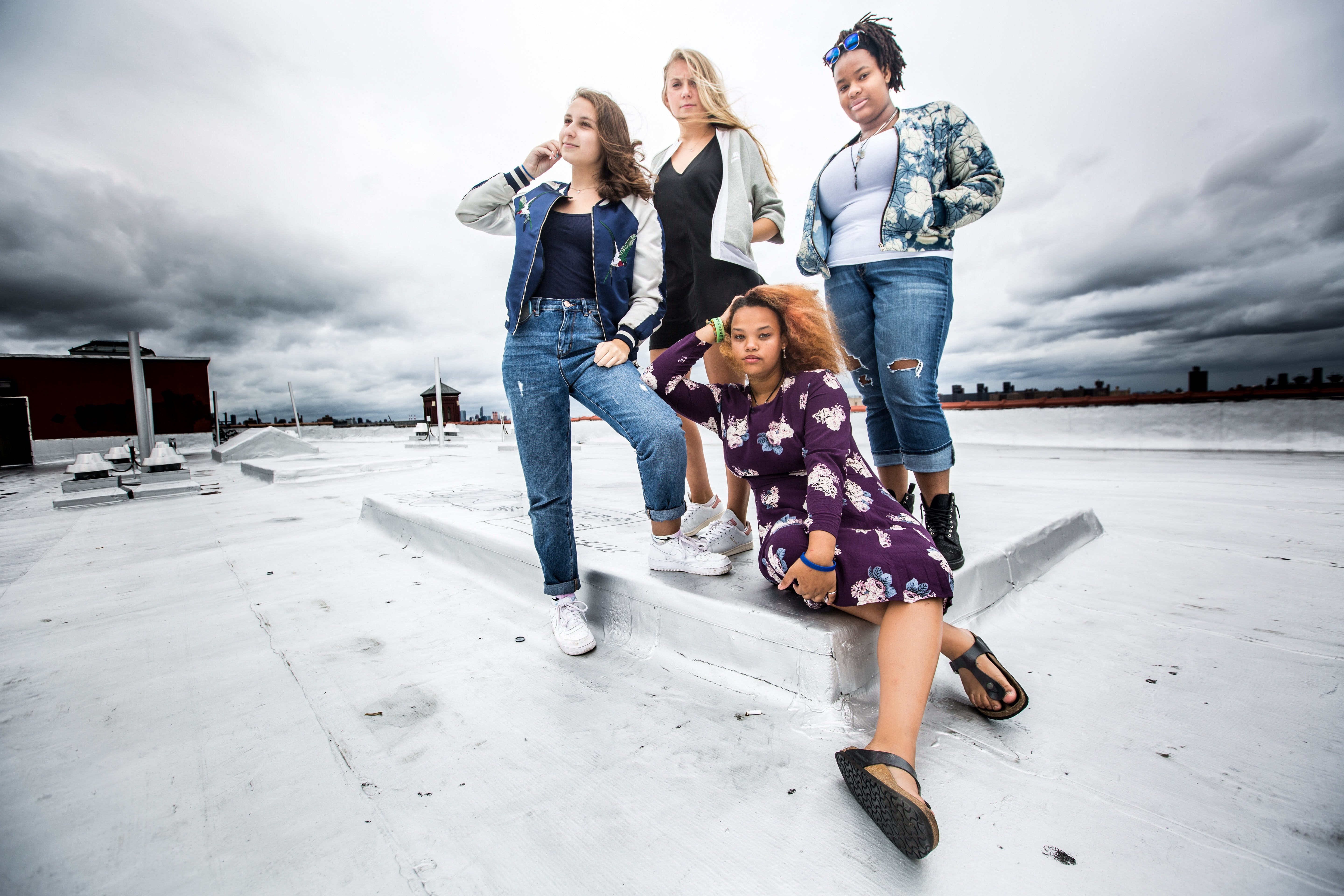 A couple of days before the arrival of Better, Harsh Crowd are streaming the EP, ahead of it’s release on Friday. The band has also announced that they will be opening for The Julie Ruin at NYC’s Irving Plaza on November 10 (more info here).

Harsh Crowd is a punk-pop band composed of four 14 year olds who formed in 2013 after meeting at Willie Mae Rock Camp for Girls in Brooklyn, New York. Harsh Crowd are already veterans of the indie rock scene (NY Times); they’ve collaborated and performed with the Brooklyn singer-songwriter Mirah, and opened for Mac DeMarco, folk-blues New Orleans–based outfit Hurray for the Riff Raff!, shared a bill at Cooper Union with Sharon Van Etten.

Much has changed since the girls were middle schoolers singing about parents making them clean their rooms, and Harsh Crowd’s sophomore EP Better is the proof. They have more experience writing and arranging, and of course, more attitude. The band digs into bassline-driven funky-drummer breakdowns whilst having fun with Pachelbel, gets more comfortable with guitar solos and feedback, and also delivers plenty of feels. With lyrics ranging from not-able-to-vote-yet commentary on the two-party political system to fairy tale allegories, as well as longing and heartbreak perhaps beyond their years, singer Willow’s voice is badass yet delicate, powerful and clear. With their sophomore EP, Harsh Crowd had more creative input in the studio as co-producers of these latest songs, collaborating with their meticulous, steady-handed producer Steven Wright-Mark.

Harsh Crowd draws inspiration from The Who, Joan Jett, Le Tigre, Kendrick Lamar, Radiohead, Sia and countless other genre-spanning artists. Their enthusiasm allows the band to explore whatever happens to excite them, from K-Pop to classic rock to Brazilian beats to Prince. Don’t let their age fool you: all of the members’ musically-inclined minds, which transform these their influences into the next hard-hitting Harsh Crowd song.