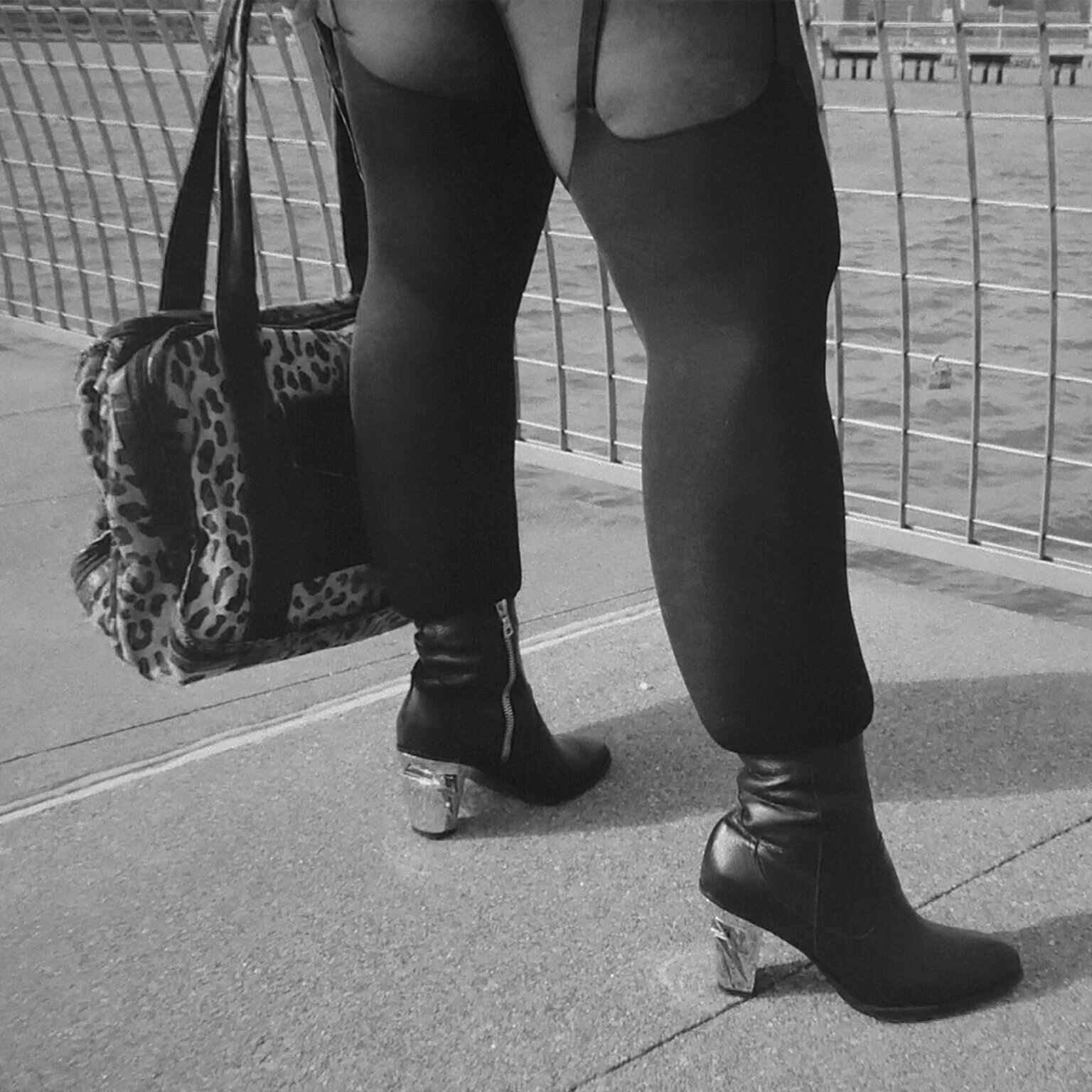 UK/NYC duo, HARD FEELINGS, have released a new video for “Love Scenes” from their. The music video, made in collaboration with NY-based rock n’ roll disco shoemakers Modern Vice, finds Douglas in her element, strutting around her hometown. The video was directed and co-created by Douglas and her long-time producer and creative partner Tim Wagner. HARD FEELINGS will be making their NYC live debut tomorrow, supporting Hot Chip at their sold-out Avant Gardner show.

“It is an honor of a lifetime to have been chosen to represent Modern Vice, the ultimate Rock and Roll Disco Brand, cobbler to such luminaries as Lenny Kravitz and Joan Jett, as the face and co-collaborator of an upcoming Disco Boot Line. To have been selected by their visionary rockstar Jordan Adoni truly makes me feel that anytime anyone paid attention has now truly paid off.

To represent my city, to represent the culture, no less to have an opportunity to merge music and style, my two favorite passions, is humbling beyond words.

To introduce our forthcoming collaboration we present to you, ‘Love Scenes’ the latest single and video from the HARD FEELINGS LP. Directed by Our Starry Universe CEO, Tim Wagner and styled by myself and the Modern Vice team, and featuring two of their currently produced models, here is a sleek and sexy invitation to the ultimate dance – a celebration of pure self-induced hedonism. I can’t think of a better way to announce the collaboration and the New York City date of the current Hot Chip tour, which Hard Feelings are honored to open.” – Amy Douglas

Amy Douglas has collaborated with Juan MacLean to Treasure Fingers, Luke Solomon, The Crooked Man, and Horse Meat Disco, and written “Something More” for Roisin Murphy from her 2020 album Roisin Machine.

Amy’s HARD FEELINGS counterpart, Joe Goddard, is also synonymous with the electronic music world, widely known in the front ranks of British producers for creating sounds from across his panoramic musical life ranging from house, techno and disco to UK garage, R&B and electro-pop. Joe forms one fifth of the UK electronic-pop powerhouse Hot Chip whilst alongside Raf Rundell he is one half of The 2 Bears.