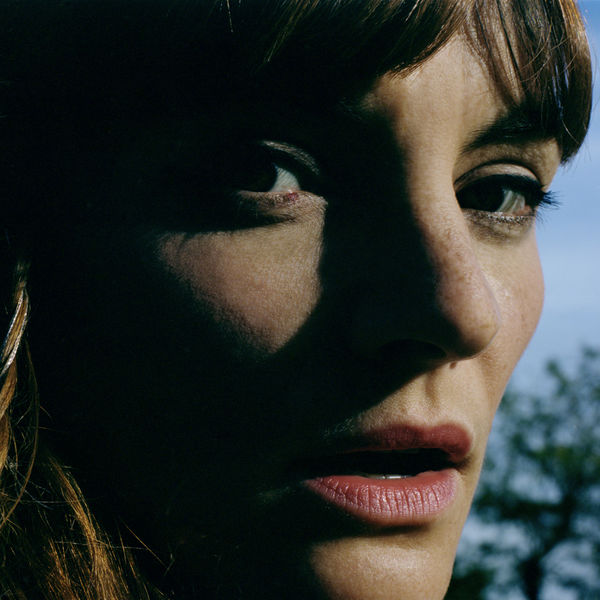 With certain albums, there’s a magic from the first time you hear them that you’ll never forget. On Halo Maud’s  (Maud Nadal) debut, the years of experience in projects like Moodoid and Melody’s Echo Chamber have paid off for a record that’s equally as mesmerizing. Whether you’re into the psychedelic aesthetic, the French-pop overtones or even the powerful melodies, Nadal really offers you a lot to dig into.

Shuffling beats really give the album a sense of momentum “Wherever” as a bouncy, vintage energy drives the song into its psychedelic world of wonder. Right from the opening track Nadal asserts that while there are certainly aesthetic similarities to acts like Melody’s Echo Chamber (with whom she plays live) there’s a more unpredictable vocal play and writing style that makes songs like this evolve beautifully. This is immediately noticeable on the upbeat grooves of “Du Pouvoir/Power” where Nadal plays not only with her voice but the varying languages she speaks as well. Though there’s certainly a less dense production to this track, everything that is there is wonderfully lush and powerful.

“Chanceuse” dives into a wonderfully dark 80s pop energy that hits with constant surprise and leaves you lost in Nadal’s world. The constant tension between Nadal’s bubblegum sounds and jagged notes, keeps the song just as catchy as it is intriguing. Things slow down on the more pensive beats of “Surprise” as Nadal starts to really establish a world to let her sound breathe in. Interestingly enough, though the track feels largely like a mood-piece, there’s still a lot of great vocal hooks to pull you back time and time again.

The sense of warmth that drives “Tu Sais Comme Je Suis” lets it’s uncertain melodies feel more comfortable than duplicitous. In its slow glow of acceptance, the track highlights each musical moment as a reflection of the love that Nadal is finally experiencing. Regardless of its role as an interlude, there’s a hynpotizing effect to the clashing hooks of “De Retour” and its quick build of energy means you won’t tire of it easily. “Baptism” however comes out swinging with a menacing vocal and some of the heaviest drums of the entire album. Somehow despite the massive layering that happens by the end of the track, Maud maintains a rustic quality to it all that makes the song feel as intimate as it is fiery and dynamic.

After a somewhat ambient opening, “Fred” starts taking some of the most bizarre and loose arranging of the whole album, as Nadal keeps the whole instrumentation of the song floating as long as she can. Once the grooves start to move the song forward however it ends up moving into a much more jam-based energy that feels exciting but different for the record. “Je Suis Un Ile” takes a thematic approach however to make Nadal’s time-warped delivery feel like something horrifyingly magical or even digital. By giving into to the mystical qualities of much of her writing, the song manages a really strong and cinematic feeling within only a few minutes. As its glistening riffs fade out, “Proche Proche Proche” hits a frail and electronic stride that gives a growing depth to its sound. It’s when the guitars dive into the song’s ethereal depths however that the track really becomes a standout for the record.

The majesty behind the synths of “Dans La Nuit” immediately set a tone that make her sombre choruses feel like power-pop lost in a past era. While the softer approach than much of the album is a bit jarring at first, the level of detail is so immense that you’ll start hearing amazing new hooks on every listen. As things close out on “Des Bras” the strictly pop approach opens the album to a driving and fun sound. With Nadal’s aesthetic fully fleshed out, she really stretches her instrumentation and use of hooks to make a final note that will leave you thinking.