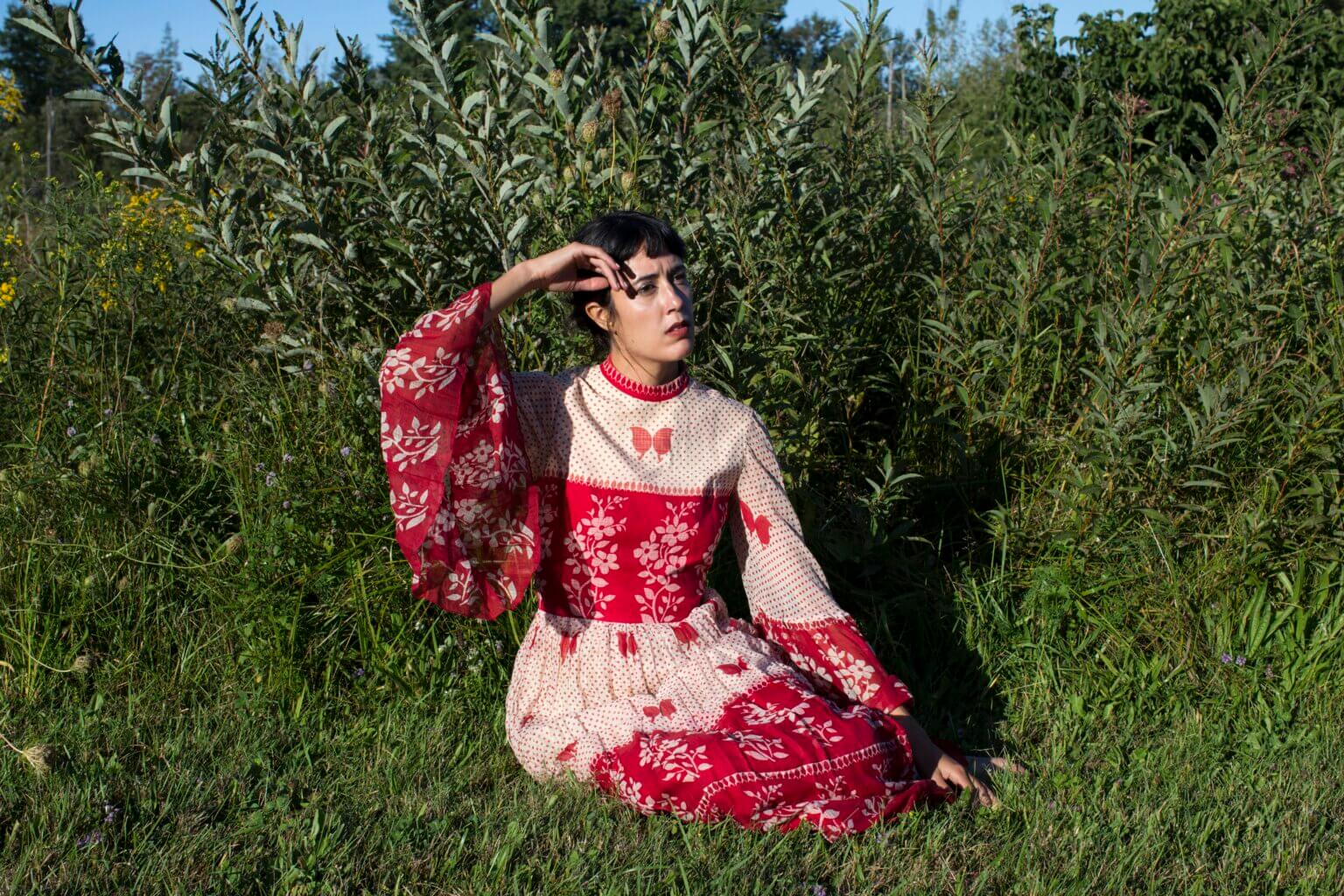 For Nandi Rose, writing a song is an act of transformation. As Half Waif, Rose pieces together the patchworks of our darkest and most vulnerable moments with a golden thread, crafting a majestic evocation of the human experience that permeates with a graceful strength. On new album ‘Mythopoetics’, she breaks the familial patterns handed down to her, transforming this source of pain into something bearable, beautiful and celebratory. It is an essential reminder that we have the power to shape the stories we tell and the myths we make of our lives.

Charting territories of addiction, memory and loss, ‘Mythopoetics’ is animated by the traces of what’s been left behind: the ghost of orange blossoms, the tail of a meteor across the sky, the taste of loneliness in a crust of bread. It is a kind of modern-day storybook where memory is spun into song and the self is explored and acknowledged with tender, nourishing care.

By unearthing this kind of self-assurance, Rose was poised to interrogate her life with a new lens. Here, Half Waif is shunning the shadowed mass of generational trauma and the patterns passed down to her. Instead, she plants a seed, urging the orange blossom to sprout through the cracks in the concrete.

Order Mythopoetics by Half Waif HERE