Half Moon Run signs with Glassnote 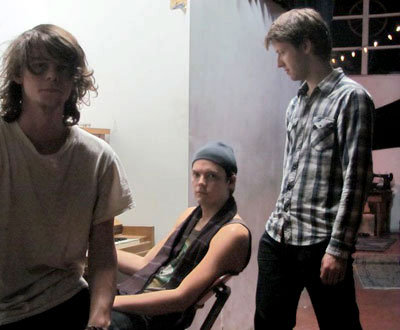 The Montreal-based trio, Half Moon Run released their debut album DARK EYES in Canada in March of 2012, and just today, has announced they have signed with Glassnote Entertainment Group in the U.S. (based out of NYC). Half Moon Run will be joining the label ranks alongside Mumford & Sons, Phoenix and The Temper Trap. Glassnote will oversee the global release of DARK EYES in 2013.

Half Moon Run spent the past six months touring the world with Metric in North America, Patrick Watson in Canada, the U.K. and Europe, as well as playing festivals such as Iceland Airways and Inrocks Festival in Paris. At home in Montreal the band hosted a series of sold-out shows in Quebec. Half Moon Run now head to Australia for a one-month tour, before seeing the release of DARK EYES globally via Glassnote Records.

Half Moon Run will be in the U.S. for the 2013 SXSW Music Festival in March. Full details on confirmed shows will be announced shortly. As will further Canadian news for the band.