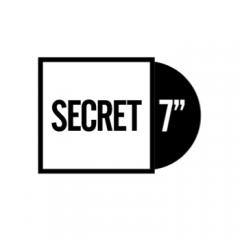 The charity, which combines music and art, have taken seven tracks by seven different artists, and will press 100 of each. Different artists then design a one-off sleeve inspired by the song. Prior to buying a single, however, the buyer won’t know who created the sleeve, or even which song it’s for until they’ve paid for it.

These will be exhibited at Downstairs At Mother gallery in London for a weekend (April 13 and 14) then sold on Record Store Day, which will be taking place on April 20. The singles will be priced at £40, with all proceeds going to Art Against Knives, who help fund creative initiatives supporting young people into education, employment and training across London.

This year’s tracks are Elton John’s ‘Bennie & The Jets’, Haim’s ‘Better Off’, Jessie Ware’s ‘Still Love Me’, Laura Marling ‘The Beast’, ‘The Don’ by Nas, ‘Rider On The Wheel’ by Nick Drake and Public Enemy’s ‘Harder Than You Think’. The limited edition vinyl pressings have been made in collaboration with The Vinyl Factory.

This is Secret 7″‘s second year. Their first campaign raised £33,500 for charity, with sleeves coming from David Shrigley, Toby Mott and Richard Evans for the likes of Florence And The Machine, The Cure and Bombay Bicycle Club.

East London duo Gilbert & George are perhaps best known for their large scale photo works, known as The Pictures. Jack Freak Pictures is, to date, the largest series of work created by Gilbert & George and depicts East End London, indicated by maps, flags and street signs amongst other items that can be found there. Chinese artist and activist Ai Weiwei, meanwhile, is best known in the UK for his 2010 installation in the Tate Modern’s Turbine Hall of over 100 million porcelain sunflower seeds.