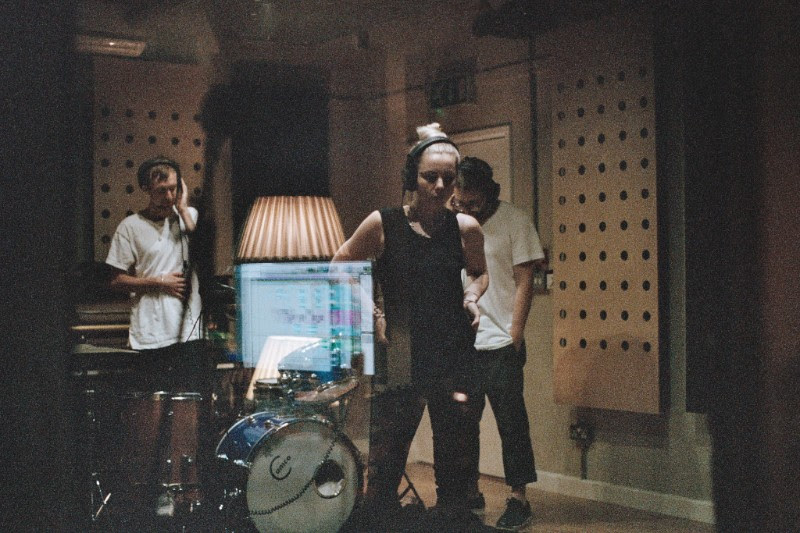 UK trio HÆLOS have unveiled the video for new single “Separate Lives” from their darkly shaded and debut album, Full Circle, out March 18th on Matador. As described by the band, “’Separate Lives’ was one of the last songs we wrote for the record. We wanted it to be a nod towards some of our more gospel and Delta blues influences. It’s a reflection on the moment when you are choosing between staying or leaving and the underlying love that keeps you there. We liked that, it was simple and human and something we could all share experience in.” Made entirely by the band and filmed during their first west coast tour, the “Separate Lives” video gives insight into HÆLOS’ Lotti Benardout, Arthur Delaney and Dom Goldsmith’s lives on the road.