The debut album by the Lexington, Kentucky-based trio Italian Beaches is described as a straight-up soul album that arrives under an experimental electronic umbrella. It’s a recording that could inspire Erykah Badu to cover Stereolab.

​Out now via the Lexington collective Desperate Spirits, Italian Beaches was produced by the label’s co-founder John Ferguson (of The Apples in Stereo), and represents yet another sonic touchstone in the emerging young imprint’s posture, one that could be superficially confusing, but on longer look reveals deep music across a variety of genres.

In the case of Italian Beaches, depth equals soul.

In addition to vocalist Reva Russell English, the group is comprised of percussionist David Farris, and jazz-educated musician Farhad Rezaei. Electronic flourishes embellish throughout, there’s the occasional sampled loop, and a dope beat or three. It’s joined by the vocal presence of Russell English, holding it down, and lifting you up.

She sings from her guts.

“We have a tendency to think no further than our own lives,” Russell English says. “These songs are an attempt to clarify how connected we are to each other, to the past and to the far-off future.” 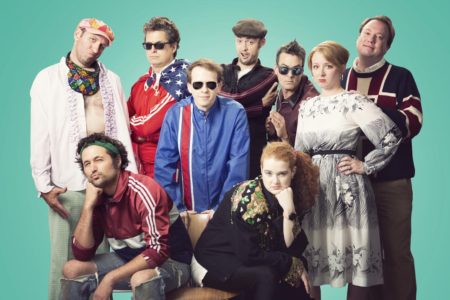