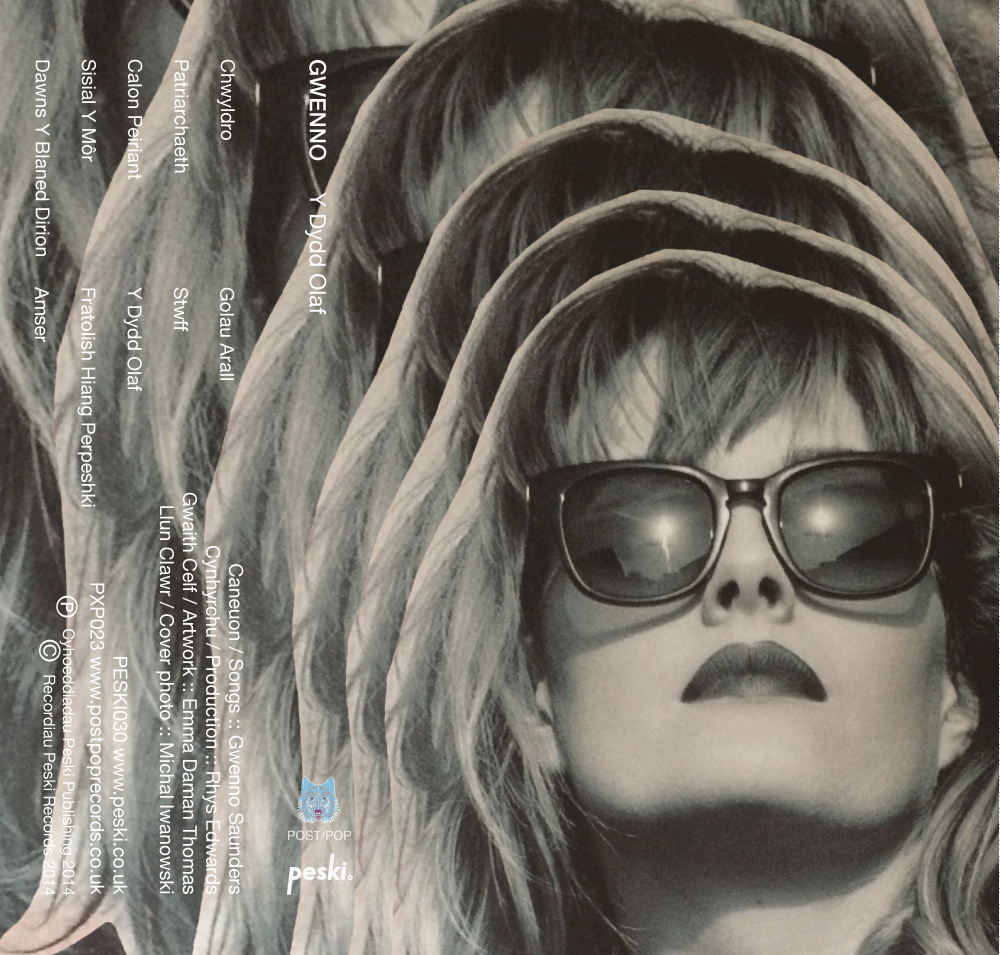 Upon the first listen of ‘Y Dydd Olaf’ by former member of The Pipettes, Gwenno Saunders, you’re left with the feeling of a fuggy haze – this is a record that languidly unfurls, akin to getting out of bed on a sun dappled morning after a few too many libations. It’s an album almost entirely sung in Welsh, save for a one track that’s in Cornish. So other than a chosen few engaging with the lyrical side of ‘Y Dydd Olaf’ (translated into ‘The Last Day’) is like a secret handshake or a knowing wink reserved for the minority not the majority.

The next handful of listens came after digesting the press release and it’s from this point I wish I spoke Welsh. With a surname like Williams I really should – sorry distant Welsh relatives! ‘Y Dydd Olaf’ is based upon a novel by Owain Owain, of which the album and book share a name. Owain’s piece is set in a dystopian future where robots are our overlords and the human race is suppressed by medication. Gwenno takes this narrative and intertwines it with cultural control, technology, isolation and the importance of minority languages (that’ll be the reason the record is in Welsh then!) Despite not understanding a single word, the themes of isolation and loneliness seep out of the album’s withdrawn sonics and burbling noises – overall the notion of detachment is the strongest. This can be linked back to the mind controlled human slaves in Owain’s novel; as the record hums with a lethargic, hypnotic whirr invoking that of a drug induced stupor.

Sonically for a record that, supposedly, pivots on oppression and a vision of an enslaved future held captivate by mechanical despots – the threat of menace is vacant but maybe that’s the point? Maybe we’re all in Owain/Gwenno’s very own Welsh take on The Matrix and we’re all just meat sacks to be harvested and this is all just a simulated version of reality? Is this review even real?

The concept is engaging, if you were to research the album’s narrative but without being able to fathom a word Gwenno trills in a disembodied purr – ‘Y Dydd Olaf’ is nothing more than pleasant background music. ALL HAIL THE CYBORGS!