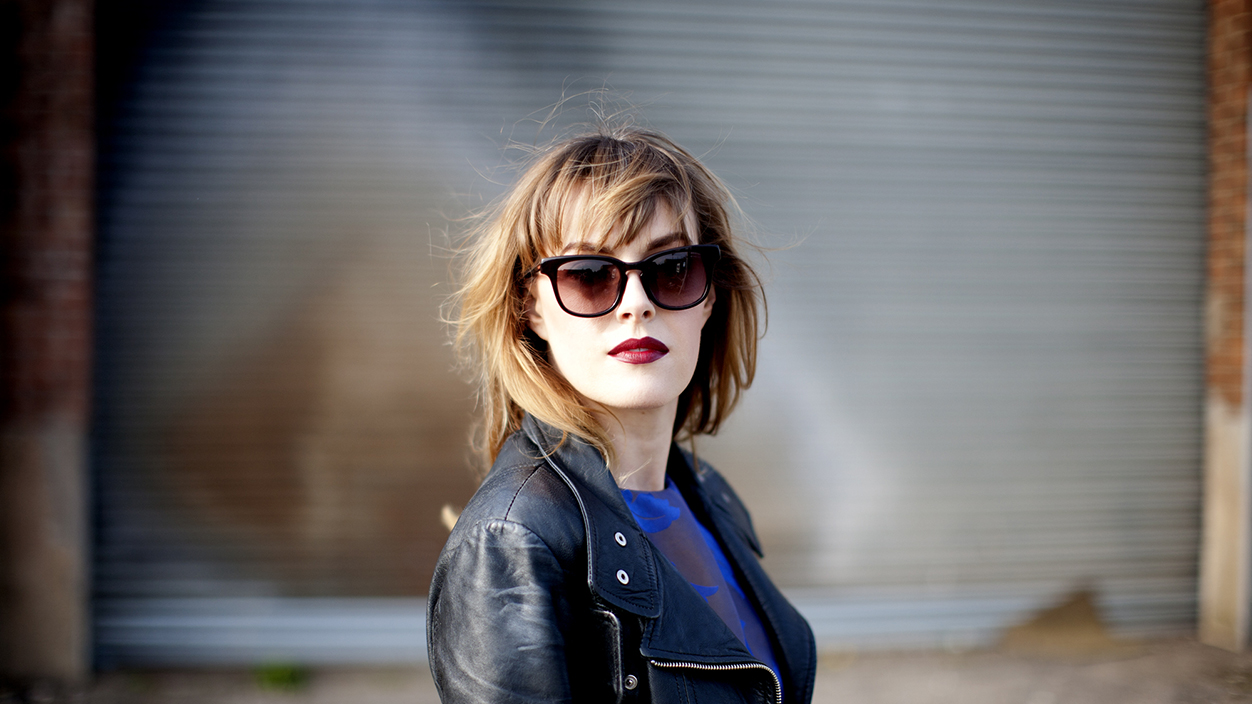 Following the recent release of her debut album Y Dydd Olaf on Heavenly Recordings, Welsh musician Gwenno has premiered the video for track ‘Patriarchaeth’. The video-designed by Ian Watson- sees a Technicolor kaleidoscope of Gwenno imagery that’s warped and distorted into a spacy, psychedelic daydream. Juxtaposed by conscious themes of social and gender oppression, Gwenno rounds out all manifestations of her art in a singular and unexpected way.

In a period of governmental and cultural transition, former The Pipettes front-woman, GWENNO SAUNDERS has released a political concept album inspired by an obscure 1970s Welsh language sci-fi novel, subtly disguised as a blissful kraut-pop record.

Written by Gwenno and produced by Rhys Edwards, Y DYDD OLAF (The Last Day) turns its back on predictable commercial aspirations and lifts a defiant middle finger in the direction of the mainstream.

Taking its cue, and title, from Owain Owain’s 1976 novel about a dystopian future where the robots have taken over and are busily turning the human race into clones through the use of medication, Y DYDD OLAF blends big themes (including patriarchal society, government-funded media propaganda, cultural control, technology, isolation and the importance of, and threat to minority languages), great tunes, and a real sense of revolution to produce a powerful, politically-charged concept album.

After years on the peripheries of the mainstream – firstly as a professional dancer, then as a singer and musician – Gwenno returned to her home town of Cardiff in 2011 to produce music that’s free of industry expectations, sales targets and commercial shackles.

First with Peski Records, where a limited edition pressing of the album sold out in weeks, and now signed to Heavenly Recordings. And with the parallel world of 1980s underground – and ground-breaking – Welsh-medium music by artists including Malcolm Neon, Llwybr Llaethog, Datblygu and Ectogram, not forgetting the German Krautrock movement of the 1970s, and early electronic music pioneers Daphne Oram and Delia Derbyshire inspiring her music, outlook and aspirations, Y DYDD OLAF feels at once retro, contemporary and futuristic.

The album, which is sung entirely in Welsh, apart from one song in Cornish, is a cultural document and a celebration of what is unique about life in modern day Britain.