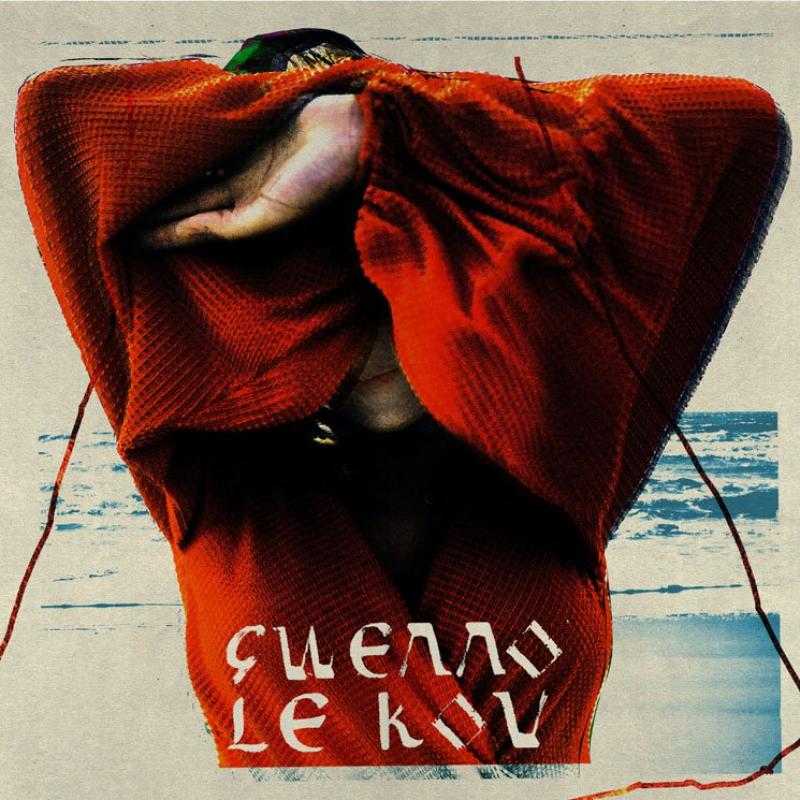 It’s hard to imagine listening to Gwenno’s lavish production, that the Cornish she’s speaking was once considered a dead language. As she breathes new life into Cornish through her entrancing music, and lyrics based around Cornish legends, Gwenno is truly a rarity. Le Kov is so mesmerizing yet unfamiliar in fact that it wouldn’t be a stretch to suggest it will appreciate over time with just about anyone.

A moody air starts the album on “Hy a Skoellyas Lyf a Dhagrow” as dreamy vocals and the band’s masterful production creates a lo-fi cloud for the music to dance on. While the onslaught of hooks bring a lush energy to the track, it’s how Gwenno explores this sound that makes the track feel truly powerful. Dark and dense bass riffs drive “Tir Ha Mor” with a wondrous kick sound work that makes the track feel as rocking as it is worrying. Along with this engulfing delivery, the band creates a sense of place in their sound that makes the song special.

“Herdhya” beats out with a desperate energy as if communing with something supernatural, and the Cornish lyrics give a surprisingly mystical energy to the track, especially for those who don’t speak the language. While the track plays out much more like an interlude, the oppressive feeling of the time-warping and off-kilter sounds gives a dark energy to the track. “Eus Keus?” rushes out with a bright and distinct ring of bells that gives a more trance-like feeling to its electronics. With an aggression that feels ripped right out of Italian horror and delicious psychedelia, the song hits with both scary and magical washes of noise.

As “Jynn-amontya” hits its stride the serene quality of its bass and flute is a divine treat that will lull you into a calm state. Each line of Cornish feels like a mantra in the song, providing the perfect addition to its relaxing but moving melodies. After setting its sound-stage “Den Heb Taves” bumps along on its piano line with a strange but driving feeling. Each jazzy chorus feels more natural than the last and the way the band creates a dense energy in its final bridge is overpowering.

“Daromres y’n Howl” takes a much more retro-pop approach to its piano pop, as Gwenno spirals her main hook with a continuously growing barrage of instruments. The ecstatic energy that she adds in the little percussive vocals and the steady hum of Super Furry Animals’ Gruff Rhys give the song a constantly engaging tick. Despite its fantastical take on vintage pop, “Aremorika” has much more in common with Melody’s Echo Chamber than an old Disney score. Along with every other masterful touch of instrumentation, the bass fills in the song’s bridge have a perfect sound that will leave you entranced with the simplest hook.

Like a spell taking shape, the glistening chords of “Hunros” shimmer through with an exotic tone to their echo. Simple and repetitive like a religious chant, the song carries the same beauty and danger that made the theme from “Rosemary’s Baby” so memorable. “Koweth Ker” closes the album with a surprising pop rush, as Gwenno slow-drips her more mystical production elements to pull you deeper and deeper into the rabbit hole. As the song hits its final booming bridge, the swarm of synths, bass and indistinguishable sounds creates a final solo that captures the album’s spirit perfectly.