Our interview with GusGus 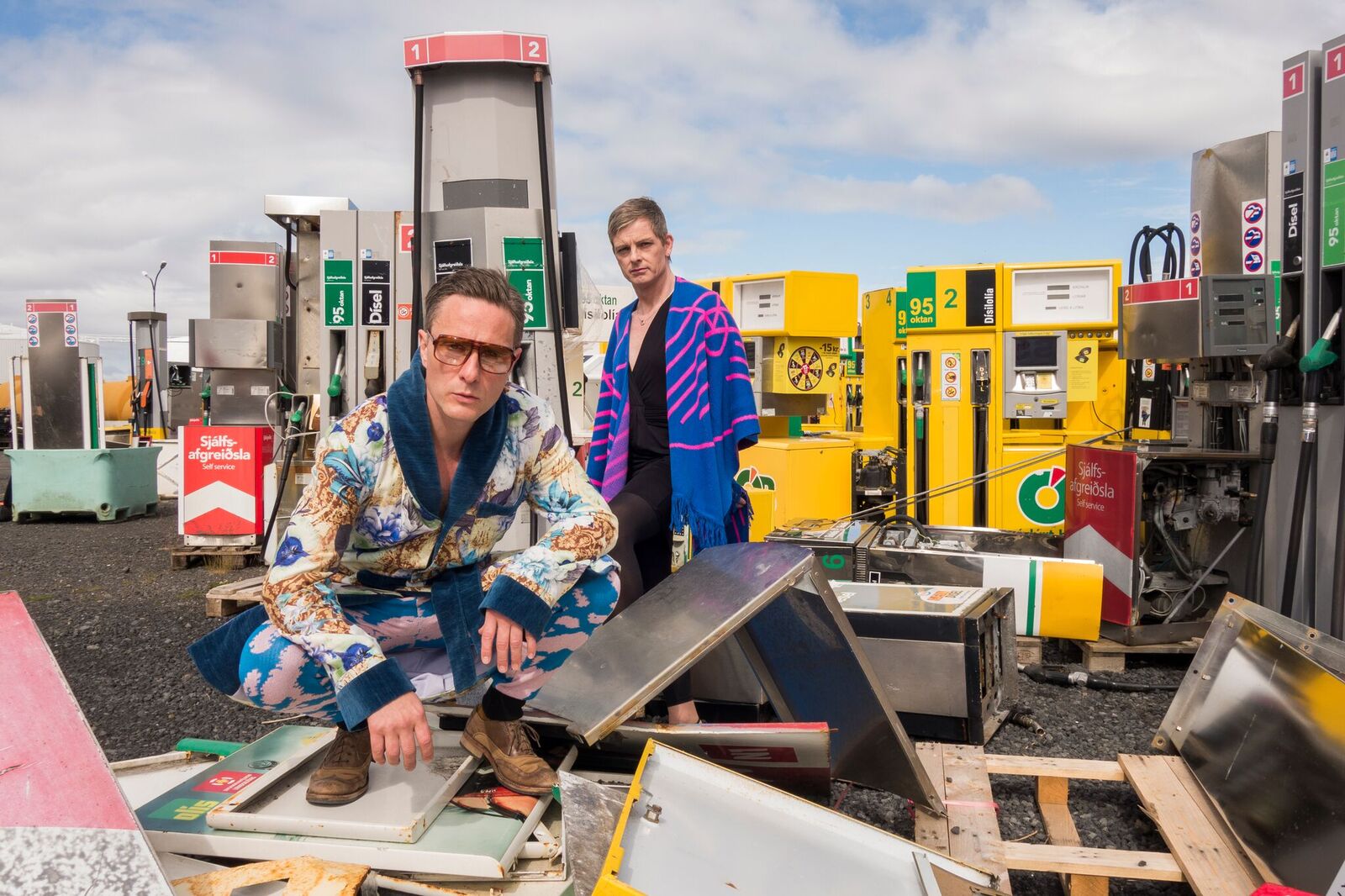 GusGus gave been making music together for a long time. Formed in 1995 as a film/music collective. This spawned a short film and a critically best selling album in Iceland. After signing with 4AD in 1996 they played sold-out shows all over the world. GusGus has had a span of nearly two decades in which they created almost every genre of electronic music. The current line up consists of founding members: Biggi Veira and Daníel Ágúst. With their latest release “Mexico”, GusGus once again present the audience with magical soundscapes that go from synth-pop “Obnoxiously Sexual” to deep techno “Mexico” to progressive house “Airwaves” and the chart topping stomper “Crossfade”. The vocals of Daníel Ágúst surrounded by electronics, haunting grooves, with subtle string and brass arrangements blending in, creates a unique sound produced by Biggi Veira. Gus Gus’ latest release “Lies Are More Flexible” is now available.

Northern Transmissions: In the decades where music videos were still consumed on televisions, mainstream artists embraced video as part of their creative practices for broadened exposure. But then, it seemed, there was a lull where artists didn’t care so much about visuals. Now, mainstream musicians are again looking to video and newer projection-mapping technology to enhance their live shows and screen presences. As a collective that began as video and sound artists, GusGus has always emphasised visuals with different collaborators—at times, even more than the music. My question for you, in this age, what medium do you think is the strongest for conveying a message— whether it be an artistic expression, a message of love, or a message of fear?

Biggi Veira: These days there is so much noise tailored to what you already like to be swamped in, so I really don’t know what is the best way to penetrate the already entertained human to get some thought going. I can’t see how we can avoid the ongoing degeneration of western society. But hopefully the new generations that grow up with this noise can adapt to it and see through it and understand that life is both miraculous and precious and figure out how to create sustainable economics for the future. I guess our part in this is rather simple, just reminding people through music that existing can be pure joy and that we humans can be divine if we just strive to be cultivated.

NT: And, to follow up, do you still feel a strong symbiotic relationship between your visuals and music after 20+ years?

Biggi Veira: Our use of visual material with live performance has changed a lot through the years. In the beginning it was a fundamental part of the performance and our way of expressing ourselves. Now we use it more as a frame around our musical performance as it is the music that now solely contains the feel we want to get through. So now it is more a seamless part of the lighting rig, enhancing the waves of emotional music that we create live, rather than being a focus point. As such we have been working more with geometry and similar stuff to create depth to move the space that we are performing in.

NT: What is the most challenging aspect of staying together as a band/collective?

Biggi Veira: Finding new means of exploration, as exploring is an integral part of electronic music. This applies both to technology and genre bending.

NT: Do you feel inspired by playing shows and travelling, or do you prefer to create in a state of incubation?

Biggi Veira: Performing our music live is essential to being a band. That is where it all kind of makes sense. Also, as our live setup is very open for exploring both arrangements and sound, it is also a real journey for us each time. We always find something new in our tracks each time we perform them. Sometimes we also understand our tracks and how we want to arrange them better in a live set rather than in the studio. So we often put tracks in our live set even though they are not yet finished in the studio. But working in the studio is where our tracks are born, with a little magic of sound creation and some chord arrangements we find the sparks that ignite the next adventure.

NT: What emotion, experience or theme is your album ‘Lies Are More Flexible’ inspired by? Tell us about how it came to fruition.

Biggi Veira: Musically it is the strange chord structures and arpeggios of some of the old synth wave stuff back in 78-82 and the care-free attitude of that time that we feel syncs perfectly with the current post truth era.

NT: Over the last couple decades you have played stadiums, festivals, warehouses, and many of these venues sold out. What is your ideal performance venue? Do you prefer the larger stages, or more intimate settings?

Biggi Veira: As our live set is very flexible, we perform differently for large and smaller crowds. In smaller settings we play more raw with the focus on getting a party going. When performing bigger venues we perform in a more airy and spacious manner and with the right light rig and visuals it becomes more of a ‘sonical’ experience. It is healthy for all performers to do both.

NT: Is there an artist right now that you are listening to a lot? If the opportunity arose, who would you most like to collaborate with, either on an original single or a remix?

Biggi Veira: I follow a lot of artists, most of them linked with club culture rather than with an indie electronic approach. But to name some that are perhaps somewhere in between I would like to name Oliver Huntemann, Robot Koch and Alex Banks.

NT: Forgive me for generalizing— In my experience, regardless of genre, Icelandic music possesses similar themes of connectivity between people, land, sea and sky. Would you agree with this? What, if any, would you consider the most defining characteristics of music from Icelandic artists, and how does it manifest in your own sound?

Biggi Veira: Hmm.. not in my experience, but perhaps as there is a lot of free space in the music itself, each listener can interpret it in their own way creating whatever links to their ideas of Iceland as a concept. But it is, I guess, just basically a bunch of creative introverts in a country of open space and bad weather, with loosely connected psyches creating things that have similar vibrations. It is then the foreigners that see elves and landscapes, basically as they are searching for it. But for me music has no link to the 3-dimensional world of objects. It is a part of our inner emotional world that has meaning and movement, without and beyond words.