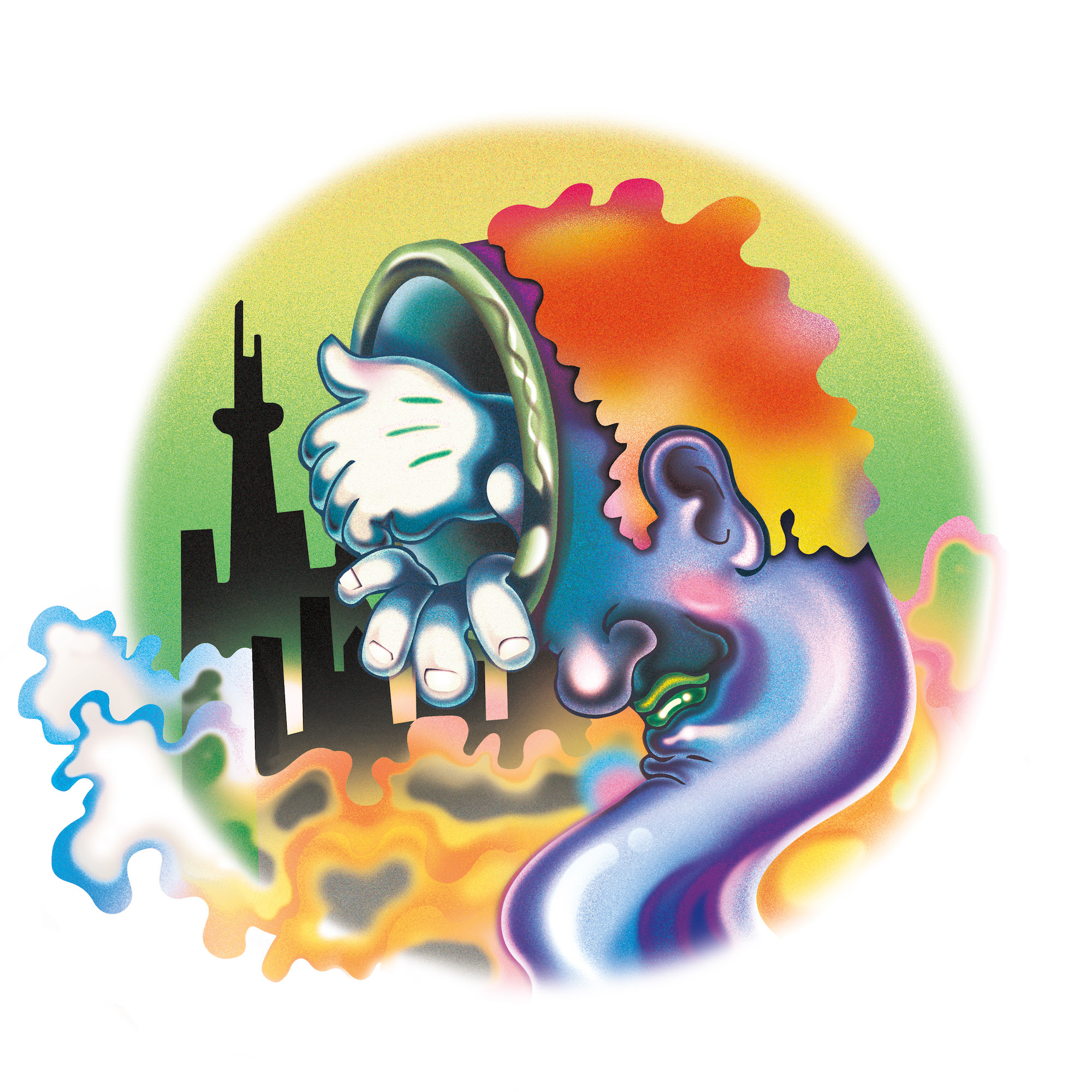 After the release of Flood Dosed their debut for DFA Records. Guerilla Toss gained some new fans, including Henry Rollins to Busy P of Justice’s Ed Banger Records), Guerilla Toss are set to release their forthcoming release Eraser Stargazer, on March 4th via DFA Records. The band has shared the new single “Diamond Girls” that can be streamed today, below.

“Diamond Girls is about the desire to disconnect from the material properties of social interactions and boil it down to pure elemental form,” explains vocalist, Kassie Carlson. “It’s about letting go of the bullsh*t to run away from smoke and mirrors.”

About the album: Eraser Stargazer was written and recorded in 6 weeks of winter isolation in upstate New York. Fans of the group will hear all of the beloved hallmarks of the Guerilla Toss sound – solid bass grooves, squealing guitars, and kitchen sink percussion. Each instrument now occupies its own part of the audio spectrum, with vocalist/poet Kassie Carlson’s spirited incantations brought into focus. Album centerpiece “Grass Shack” is a perfect example of this leaner, yet tougher Toss. It traverses nearly seven minutes of game-show-winner keyboard stabs, mutant funk basslines, and time signature changes – all grounded by Peter Negroponte’s virtuosic drumming. Carlson describes the themes of the song as “A deep analytical depiction of a small unit of time, with heightened senses, Ripping yourself out of bed even though it might be harsh and overwhelming. Seeing patterns in the little things that make life beautiful.” Heavy subject matter permeates the rest of the record – but that doesn’t mean it’s a downer. Album closer “Doll Face On The Calico Highway” is the perfect summation – angular guitars, bells, and low-end vibrations interject and decompose as quickly as they appear, until a hissing cymbal is all that remains.

Having now relocated from Boston to New York (“We felt like it was time to move closer to our favorite active bands and artists and they all just so happen to live in NYC,” states Kassie), Guerilla Toss are poised to make 2016 their year. Watch them rage in the new age. Eraser Stargazer is released by DFA on March 4th, 2016.