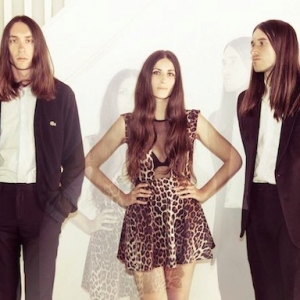 Guards have unveiled their new video for their single ‘Coming True’. The song is taken from their acclaimed debut ‘In Guards We Trust’ which was released in the spring. The New single, ‘Coming True’ is out now through Partisan Records.

The debut record itself erupts from the speakers, a whirlwind of Phil Spector atmospherics, stomping drums, hazy spiralling guitar lines, and harmony-drenched psychedelic pop vocals. The songs harness big hooks and choruses with enough fuzz-pedal to keep things suitably lo-fi, but with more melodies in each song than many bands manage over the course of an album.