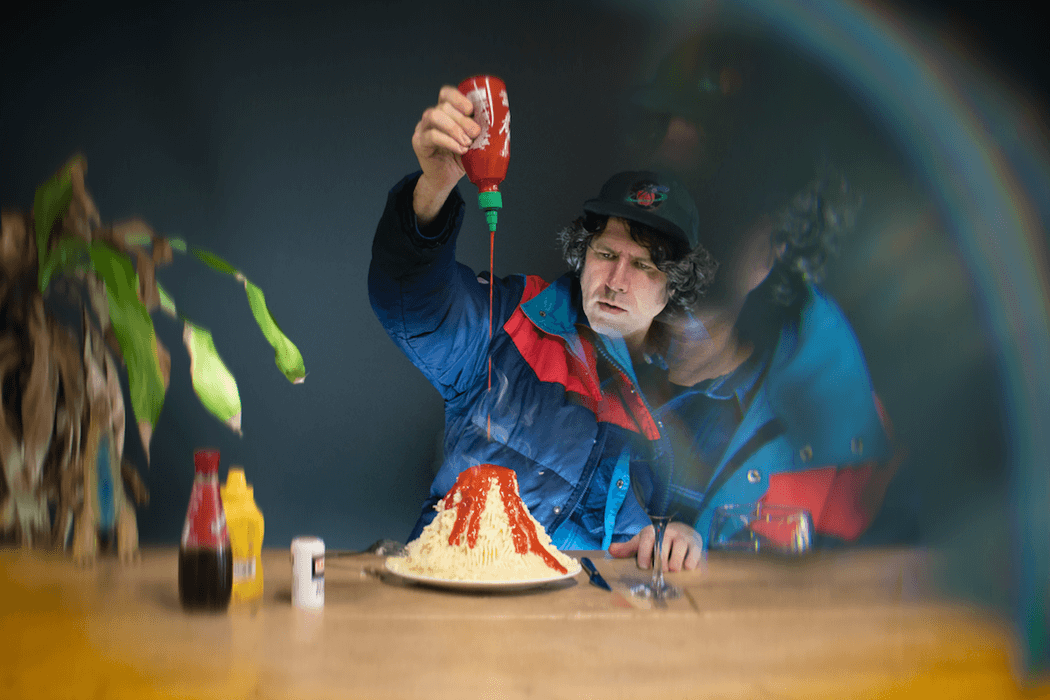 Gruff Rhys has announced his forthcoming release Seeking New Gods will drop on May 21, 2021 via Rough Trade Records. The new album was recorded and mixed in LA with producer Mario C (Beastie Boys), with beautiful art direction is by long-time Gruff collaborator Mark James. Along with the news, Rhys has shared a video for album track “Loan Your Loneliness.”

The LP started off as a biography of Mount Paektu, an active East Asian volcano. However, as Gruff wrote, he began to reflect on the inhuman timescale of the peak’s existence and the intimate features that have allowed mythologies to be built around it over centuries. Both the mountain and the songs became more and more personal to him as time went on.

Gruff explains, “The album is about people and the civilizations, and the spaces people inhabit over periods of time. How people come and go but the geology sticks around and changes more slowly. I think it’s about memory and time. It’s still a biography of a mountain, but now it’s a Mount Paektu of the mind. You won’t learn much about the real mountain from listening to this record but you will feel something, hopefully.”