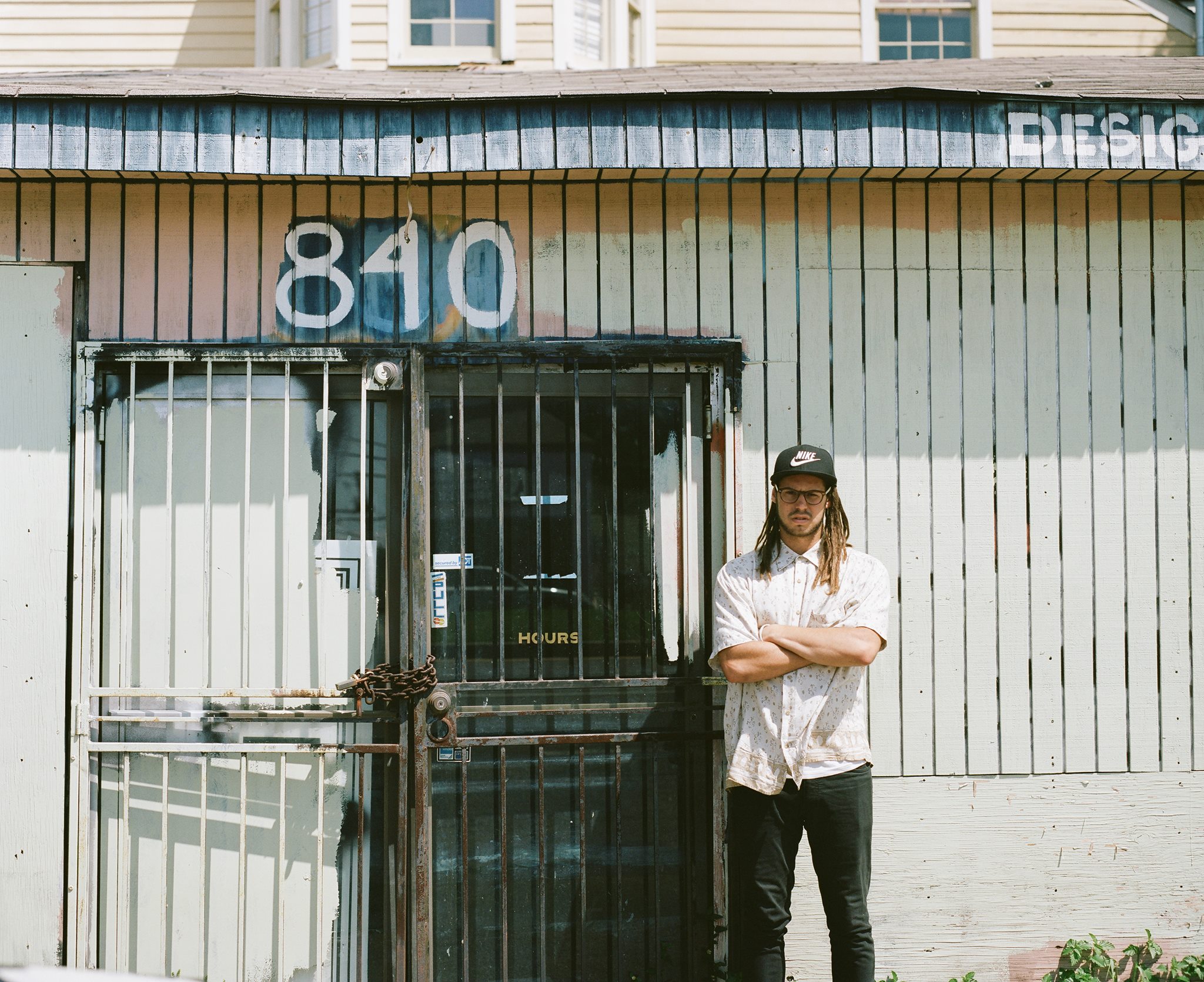 Grosser has been living in NOLA for five years. A student of the Hip Hop genre, he spent years listening, freestyling, and writing poetry before beginning songwriting. Dense emotions shadowed by visceral struggle and a street-smart intellectualism scar his rhymes, while a passionate, raw live performance contextualizes and unearths the music’s complex feelings. Today he is streaming his new mixtape Calm As Things Better Not To Tell, which you can checkout below.

In March 2015, he released Split EP — his first self-recorded debut. Lo-fi, weighty, and dark, Split EP served as an introduction to his rapping skill and focused aesthetic of Grosser. With this release and a string of shows, Grosser garnered additional local support from musicians alike, and began the process of recording a full-length studio project.

From the summer of 2015 to winter 2016, Grosser, along with a group of producers and engineers, devoted countless hours in-studio crafting his official introduction. The full-length offers a broader sonic range, paired with aggressively elegant, poetic verses.