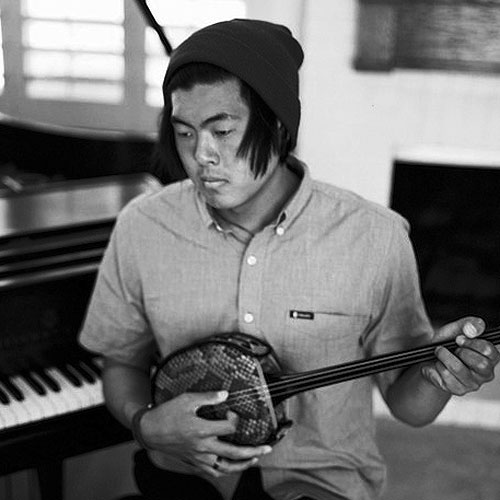 TwitterPinterestPocketRedditFacebookEmail
Last month, GRMLN released the track “Teenage Rhythm” to introduce his upcoming debut LP ‘Empire’. Now enjoy a cover of Vampire Weekend’s “The Kids Don’t Stand A Chance” As Yoodoo shares, “my album is more focused on live instruments, as well as being more aggressive and abrasive compared to my earlier stuff and this cover. I just made this song so people can relax and zone out to hopefully.”
Empire is GRMLN’s album for the cruisin world: Upbeat rock ‘n’ roll with the feel of ’90s pop-punk. The nine songs (all but two are under three minutes) were recorded and mixed in a span of five days at Different Fur Studios in San Francisco with Patrick Brown and Sean Paulson (Toro Y Moi’s Anything In Return). Lyrically, Empire is a look into 20-year-old Yoodoo’s head as he deals with growing up and how that complicates relationships. “I see the world going by without me/ it’s just the way that I’m moving back to you,” he sings on “Blue Lagoon.” Yoodoo notes that while writing the album he matured out of a phase of naïveté, consequently becoming disillusioned with love.