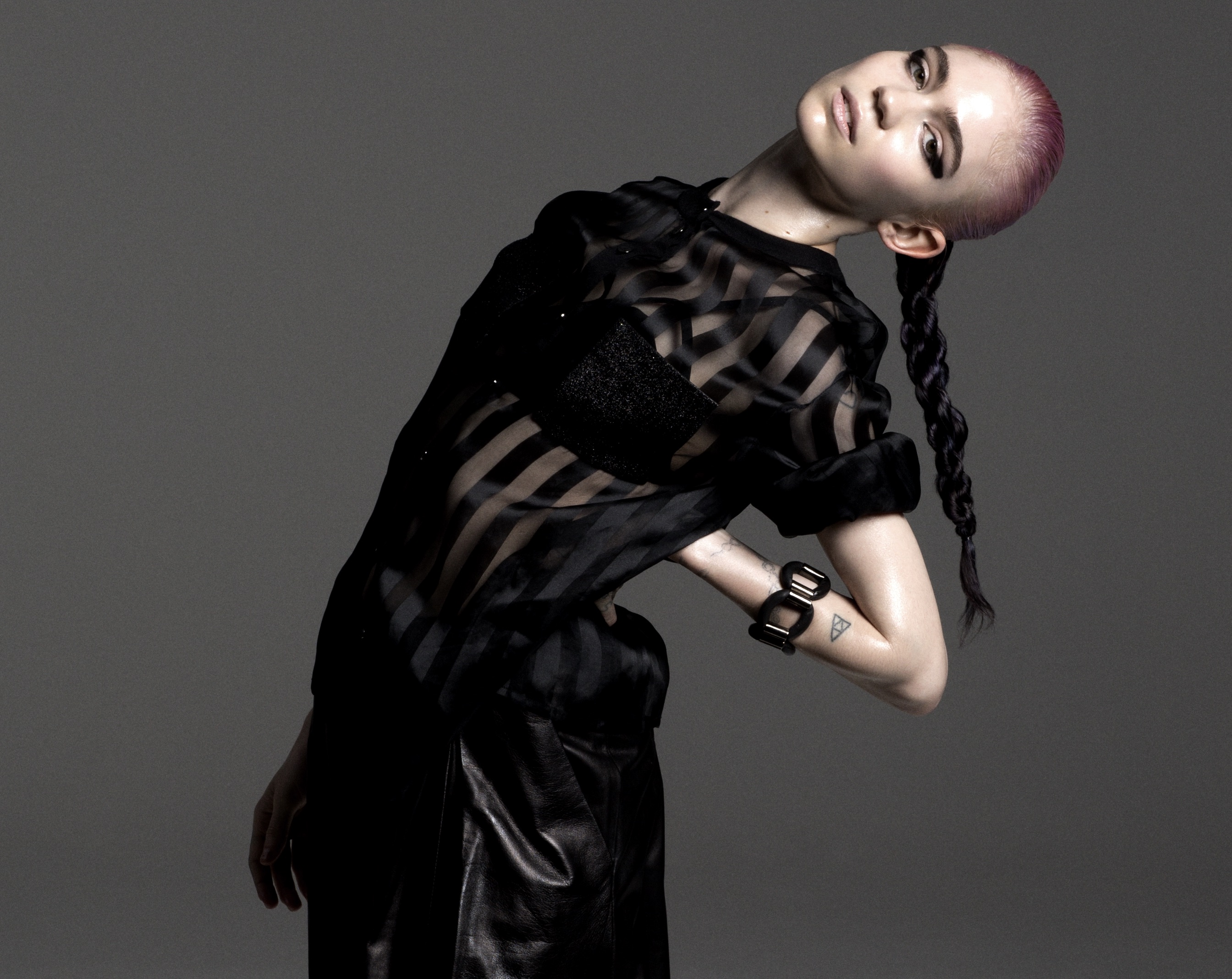 Today, Grimes released her self-directed video for “Flesh Without Blood / Life in the Vivid Dream”, from her forthcoming album Art Angels, out digitally Nov 6 on Eerie Organization / Crystal Math in Canada and 4AD/Beggars in the rest of the world.

Art Angels’14 tracks, Grimes’ 4th album features collaborations with Janelle Monáe and newcomer, Taiwanese rapper, Aristophanes. It was recorded primarily in her home studio in Los Angeles, CA, where she’s been living since 2014.

Like all of Grimes’ previous albums, Art Angels was written and recorded entirely as a solo endeavor. The new album features more live instrumentation than any of her previous efforts. She played piano, guitar and violin.

Grimes kicked off a month of North American dates on her Rhinestone Cowgirls tour on Oct 24 in Santa Ana, CA. Click here to see the full itinerary, which includes shows at the Mayan in LA, Fun Fun Fun Fest in Austin and NYC’s Terminal 5, as well as Canadian dates at Vancouver’s Commodore Ballroom today (Oct 26), Montreal’s Metropolis on Nov 21 and Toronto’s Danforth Music Hall on Nov 22. Dates in South Korea, Japan, Europe and the Laneway Festival in Singapore, New Zealand and Australia are confirmed for early 2016, including a landmark date at Brixton’s O2 Academy.