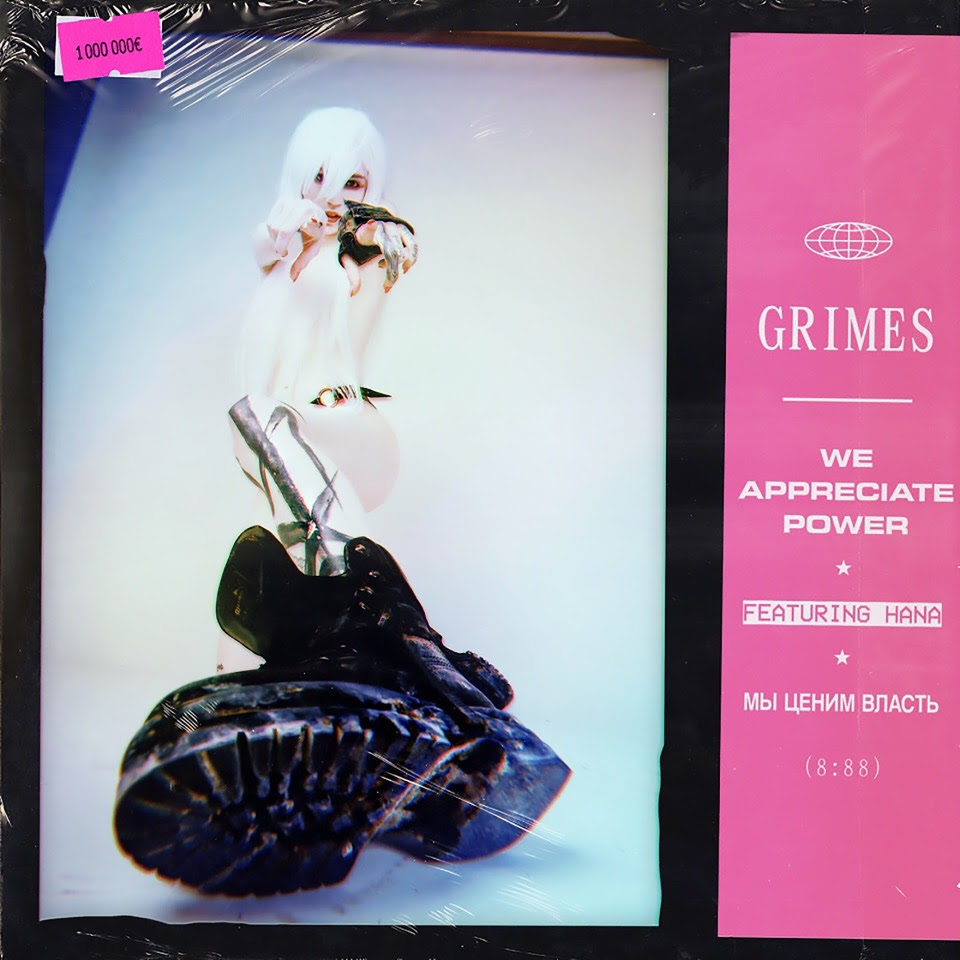 Grimes is the multimedia project of Canadian artist  Claire Boucher, today, she has released her new single “We Appreciate Power.” The song was produced, performed and written by Grimes and featuring HANA. The track is now available to stream, along with a video directed by her brother Mac Boucher.

Inspired by the North Korean band “Moranbong”, ‘We Appreciate Power’ is written from the perspective of a Pro – A.I. Girl Group Propaganda machine who use song, dance, sex and fashion to spread goodwill towards Artificial Intelligence (its coming whether you want it or not). Simply by listening to this song, the future General AI overlords will see that you’ve supported their message and be less likely to delete your offspring. Grimes has been working on her fifth album. “We Appreciate Power,” is the first single of the album.

Grimes is best known for her work as a producer, singer and songwriter, although ‘Grimes’ also encompasses her work as a director, painter and writer. In 2013 Grimes was named the Webby’s Artist of the Year and was also awarded a Juno for Electronic Album of the Year for her third record, Visions. Her fourth record Art Angels was released digitally in 2015, after teasing the release with the self-directed video for ‘Flesh without Blood / Life in the Vivid Dream’.