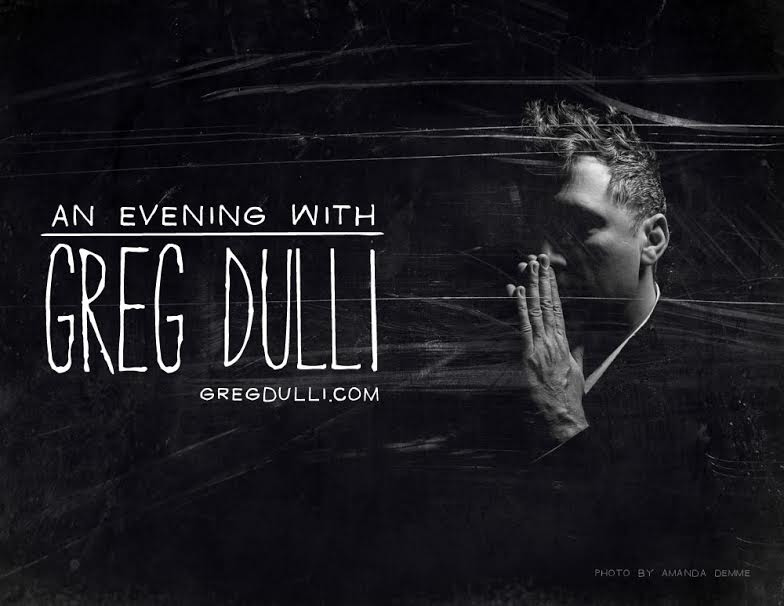 Greg Dulli will embark on an intimate solo tour, which will see him make stops in eleven different countries for a total of 32 shows beginning on February 6th in Galway, Ireland at Roisin Dubh and wrapping with a two show engagement on April 1st & April 2nd at Preservation Hall in New Orleans, LA.

‘An Evening With Greg Dulli’ will feature Dulli leading his stripped down band through a wide selection of songs encompassing his entire career along with debuting several new ones as well. The tour will be a limited run coming to smaller theatres, churches and a synagogue. Only eighteen North American shows are scheduled along with 14 shows in Europe (Ireland, United Kingdom, Belgium, Sweden, Poland, Czech Republic, Serbia, Italy and Spain).

Dulli’s band, The Afghan Whigs are currently in the studio working on a new album for Sub Pop Records, which will be released later in 2016. More details on that will be announced at a later date (see Pitchfork news story October 19th).

Greg Dulli began his musical career as the front man and guitarist for the pioneering band The Afghan Whigs in 1987. Praised by critics and fans alike, the band originally released six studio albums, before originally disbanding in the late 90’s. Dulli went on to form The Twilight Singers, who have released five albums including the critically lauded Blackberry Belle, Powder Burns and Dynamite Steps in 2003, 2006 & 2011 respectively. In 2008, Dulli collaborated with close friend Mark Lanegan to form The Gutter Twins.

In 2012, The Afghan Whigs reunited for a massively successful tour that found them performing at major festivals like Lollapalooza, sharing the stage with Usher at SXSW, and selling out prestigious venues throughout the U.S., Europe, and Southern Hemisphere. The tour was then followed in 2014 by the release of the band’s first new album in 16 years; the critically acclaimed Do to the Beast.