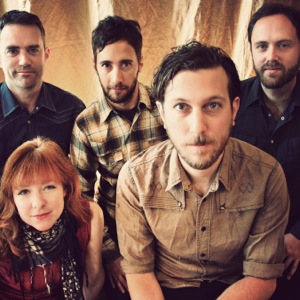 Great Lake Swimmers have announced summer tour dates in Canada, which includes festival stops in Ontario and Alberta. All tour dates are listed below.

As well, Great Lake Swimmers front-man Tony Dekker will be going with WWF-Canada (World Wildlife Fund) on a trip this September to the Great Bear region on the north coast of British Columbia. The Great Bear is a Canadian ecological treasure, one of the richest and most spectacular ecosystems on earth and home to the rare white Spirit Bear.  For the past year, it has been at the centre of a high profile national debate about the Northern Gateway Project that proposes to build twin oil pipelines from Alberta through the Great Bear, and transport oil across B.C. coastal waters. Tony Dekker is a WWF supporter and advocates for the protection of the region as a Canadian for the Great Bear.