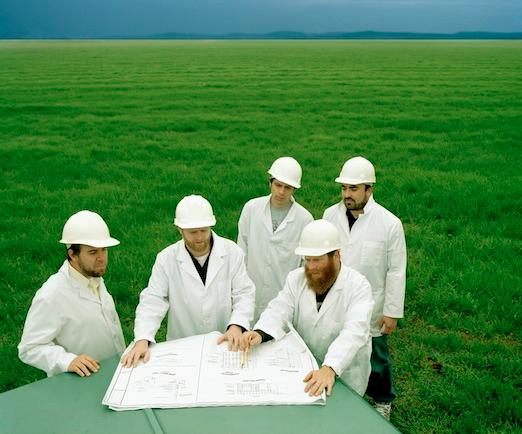 Grandaddy are making two new songs available world-wide, “Way We Won’t” and “Clear Your History.” Listen to the single, “Way We Won’t” here, and “Clear Your History” here. These songs mark the first new music from the seminal band since their 2006 album Just Like the Family Cat Grandaddy, has also announced, they have signed to 30th Century Records – the label spearheaded by Danger Mouse. Of the signing Danger Mouse notes, “Grandaddy have always been one of my favorite bands. I think their new single is up there with their best work and I’m proud to have them become part of 30th Century.

Grandaddy formed in Modesto, CA in 1992, and consists of Jason Lytle, Aaron Burtch, Tim Dryden, Jim Fairchild and Kevin Garcia. Before disbanding in 2006 the band released four albums and numerous singles and EPS. Along the way they found themselves touring the world countless times. Grandaddy is set for a full return this year and is currently in the studio working on their debut for 30th Century Records. Grandaddy recently toured Europe, including stops at many festivals.