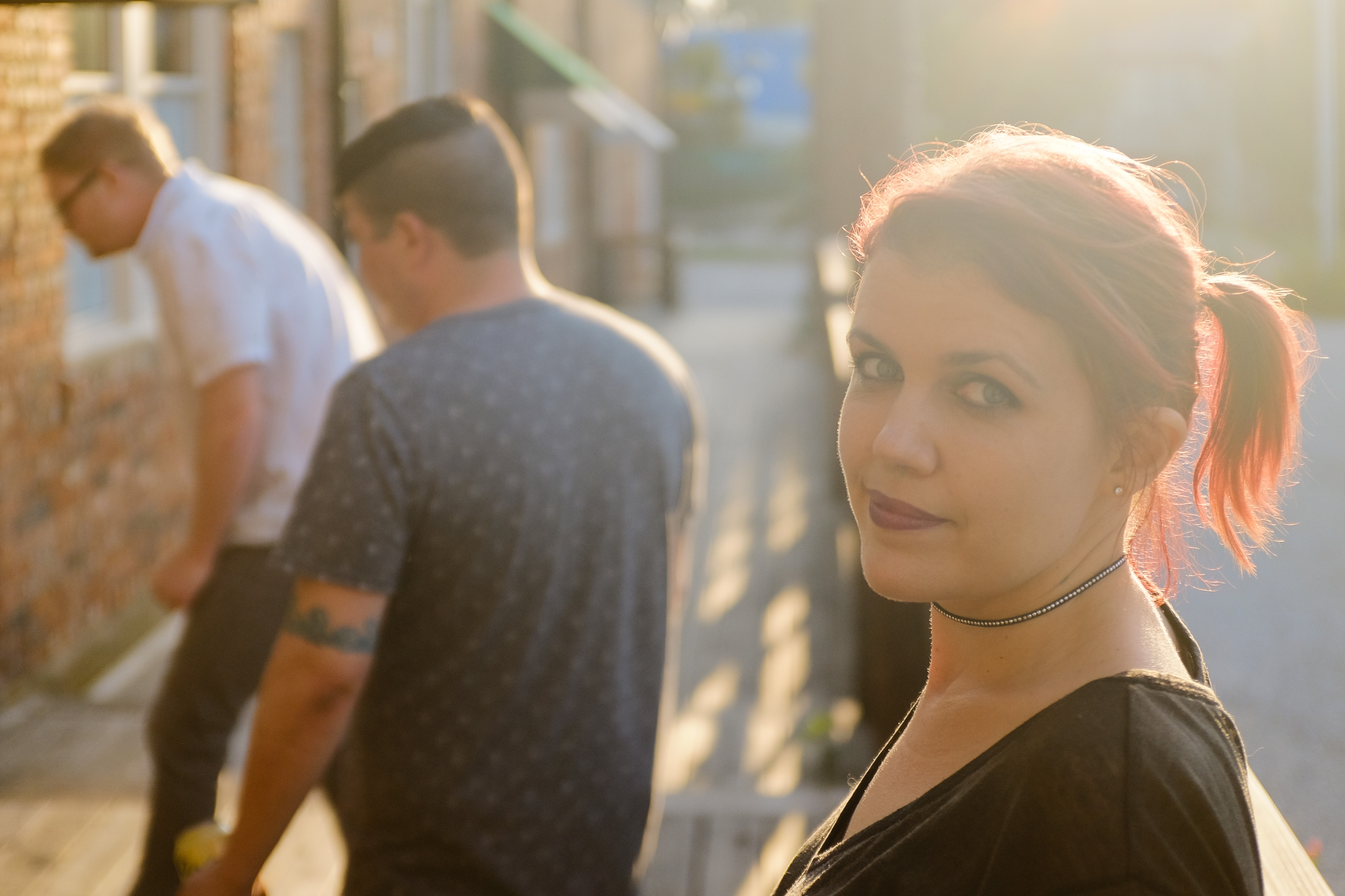 Tpday, sees the release of Grammar’s new single “War of Words. Grammar’s new album was recorded by the band in Drew’s house near Dallas, Tx from nov ‘16-may ‘17 and produced by Los Angeles area musicians Kaleb Davies and Ryan Dawson, with a special eye on maintaining organic, human, quality within electronic instruments. Conceptually the record is a study of how people interact with politics and the cult leader/politician paradigm, rather than a ham-fisted shouting match about politicians. The album, like the band’s live, stream of consciousness group paintings, aims to ask questions rather than dictate.

Todd Walker on “War of Words”:

To me, “War of Words” is an effort to distill noisy, negative, chatter in to something sensical, simplified, essential and useful. At the time it was written and recorded, it seemed like walls laced with a new standard of bald faced disinformation were closing in around us. I remember just walking up to the mic without any plans and what you hear is the first thing that happened. There was something in the room at the time. The rustling and coughing in the air at the beginning is as much a part of the moment as anything else getting captured. Its a moment of humanity that was totally unplanned, yet vital in retrospect. Strangely we could have easily edited it like most songs would, but we never even discussed it. I guess subconsciously we all knew the air was charged like an instrument and needed to be there.