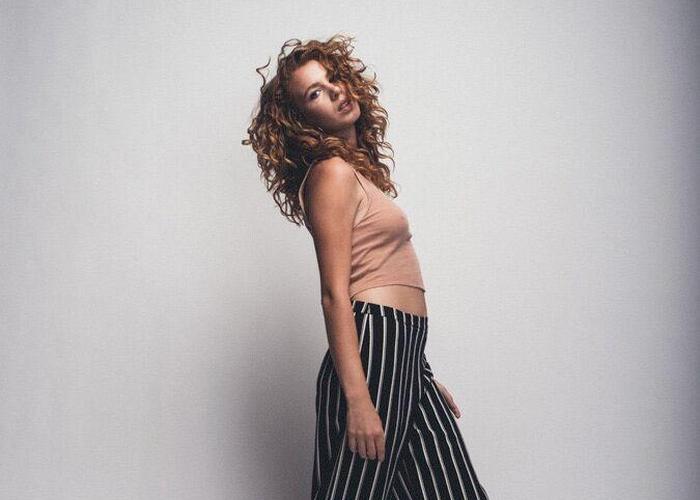 For Grace Mitchell, her professional career started while she was still in high school. Being able to hone in her ample amount of talent thanks to some neighbours in high places, she found herself on movie soundtracks by age 16. Producing most of her music herself, she’s constantly defying expectations of what youth in the industry are capable of. We talked to Grace ahead of her set in Montreal at Osheaga on Friday August 4 to talk about connections, producing and how starting early has given her an edge in the industry.

Northern Transmissions: How did you first get pulled to music?

Grace Mitchell: I’ve always been into creative writing, so when I started playing guitar, I applied it to my song writing. It felt pretty natural to me, and making music was really organic from a young age. It felt like something worth pursuing and my parents were super supportive.

NT: I know you were on “The Life of Walter Mitty” Soundtrack at 16, so how early did you start moving towards a professional career?

GM: At 14 or 15 I thought it was something I could probably do professionally as a career, and like I said, my parents were super supportive and pushed me in that direction. I’m so glad I went for it, because it’s really my passion and it just fell into place.

NT: Can you talk about how you started working with Richard Swift after a neighbourly meetup?

GM: I was actually neighbours with Richard Swift, and he had an in-home studio. I would go over there often to record songs for my acoustic demo, and he was a good doorway into the indie music and business word. He helped me have relevance and notoriety before travelling down to L.A..

NT: How did you carry the momentum from there into where your career is now?

GM: It was a long process. I met my current manager, started meeting with record labels and agencies, and it all just spiralled from there.

NT: What’s the most exciting part about producing for you and what does it offer you that you weren’t getting before?

GM: Starting in the industry so young has it ever felt like things were moving too fast?

GM: It was a really natural process. I’ve never felt like I was pressured or things happened too quick. It’s just been one thing after the other, just really awesome and at a good pace, it’s not slower than I would’ve hoped.

NT: Why did now feel like the time for a full-length record and what did you want to do differently for your upcoming record?

GM: I have enough material that I’ve accumulated over the last four years for a full-length piece of work. I am constantly making music. The music I was making could’ve filled a second and third album so I figured the format just made more sense than an EP.

NT: How has your time touring with people like MØ influenced you?

GM: Every time I go on tour with someone, I learn something different about their style and performance. There’s so many different people to look up to in the industry, I have a lot of mentors, and I’m always learning.

NT: Considering you play a lot of instruments is there a reason you usually focus on the singing and performance aspect live?

GM: It’s hard to play all of the instruments live so I’ve tried to pick which ones I can engage with the crowd on. I play guitar for half of my set, and then I have a bassist, keyboardist and drummer for all the other parts that need to be filled.

NT: Along with the record, what’s coming up next?

GM: I’m releasing another single on August 17th called “Capital Letter.” I’m releasing a music video and more singles soon, as time goes on and I have more touring this fall.