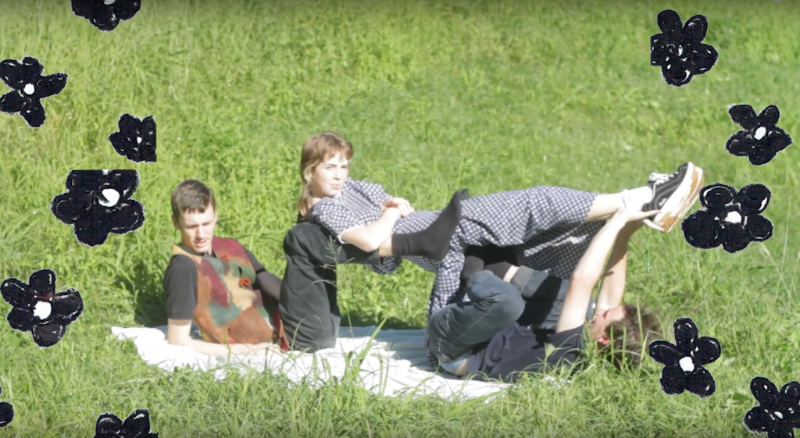 Brisbane, Australia band, The Goon Sax are comprised of James Harrison, Louis Forster and Riley Jones. Still in high school when they made their first album Up To Anything in 2016, their brand of awkwardly transcendent teenage guitar pop took them into end of year lists for BBC 6Music and more.

2017, saw The Goon Sax toured UK and Europe twice on that record, played The Great Escape and shows with Whitney, US Girls, Twerps and Teenage Fanclub, graduated school, and then turned their focus to album number two, due to be released in September via Wichita Recordings later in the year. After recording Louis spent some time being bohemian in a freezing Berlin apartment, but they are now all back in Australia, and keeping busy playing shows with Angel Olsen, Perfume Genius and Protomartyr.

recently the band shared their new single “She Knows,” the lead-track off their forthcoming sophomore album, We’re Not Talking, out September 14th via Wichita Recordings. Recently, the band played a sold out show at London’s Sebright Arms, and they now head to our shores for an early taste of their forthcoming release We’re Not Talking, out 9/14 on Wichita Recordings.