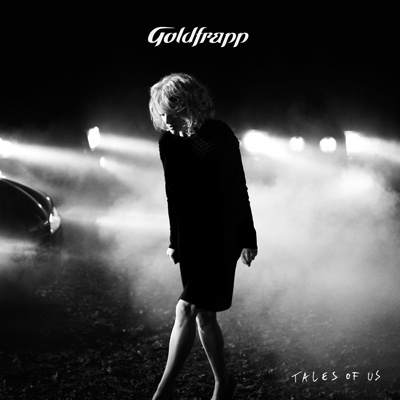 Goldfrapp reveal the latest in their series of  short films that accompany their brand new album Tales Of Us, which is released on September 10th, 2013.

Tales Of Us has been two years in the crafting and is Goldfrapp’s most narrative, cinematic and intimate recording so far. Nothing in their accomplished back catalogue has hinted at the new lyrical breadth that the band have introduced to Tales Of Us. All the songs bar one are named in the first person with a cast list of evocative character sketches, the contrary love affairs, the suspense, hallucinations, fairy tales and modern folklores documented and the traces of redemption they find in song take the poetry of Goldfrapp’s delicately considered music somewhere brand new.

Kicking off their album release week, Goldfrapp will perform for Late Night with Jimmy Fallon on Monday, September 9th (12:35 AM EST / 11:35 PM CMT on NBC).

Goldfrapp have recently undertaken a series of very special live performances with two shows at the Manchester International Festival where they performed Tales Of Us live for the very first time, accompanied by the Royal Northern College of Music string orchestra. On September 10th Goldfrapp will host an album release event of magical proportions, accompanied by the Wordless Music Orchestra. Their sixth studio release, Tales Of Us will be presented in FULL along with catalog favorites for one evening ONLY at the historic Beacon Theatre in New York City.