“Golden” By Claptone Featuring Two Another

“Golden” is no doubt a very positive and powerful song. You look back on all the difficult times you had to go through and realize how they made you much stronger. My hope is that “Golden”, when you lose yourself in the song’s groove and melody, warms your heart, fills it with hope and joy and will indeed make you feel golden,” says Claptone.

2019 saw the man of mystery play over 300 shows. His album, featuring “Under The Moon”, “Stronger”, “In The Night” and “Animal” was given the remix treatment by Henrik Schwarz, MK, Cassius, Patrice Bäumel and more, while Claptone provided remixes for Gregory Porter, Depeche Mode, Purple Disco Machine, Disclosure, New Order, Gorillaz, Pet Shop, Florence & The Machine, Marina & The Diamonds.

Claptone’s 2020 started with the release of the massive hit “Drop The Pressure”, which followed the hit rework of Michael Kiwanuka’s “You Ain’t The Problem” and a remix of Mark Ronson’s “Don’t Leave Me Lonely”.

Most recently Claptone has been on remixing duties for Dua Lipa’s “Physical” and Ava Max’s “My Head & My Heart” ahead of preparing his first new music of the year. 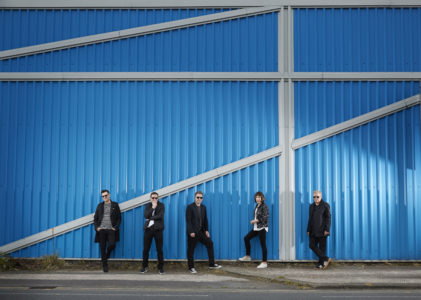