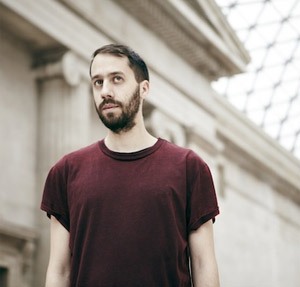 Following the release of his second album Half Of Where You Live in June, UK electronic artist Gold Panda is to continue his tour of the world with new dates in UK and Europe. The shows follow a two-month run across North America that include his biggest headline shows to date.

Elements of his live show can be found in the newly-released video for “Community,” one of the outstanding moments from Half Of Where You Live. “Community” is a house-tinged track infused with the signature elements of a Gold Panda classic. The song, according to the Berlin-resident, is a reflection on cultural divides of the London he grew up in. The video, produced in collaboration with designers Lux & Noah and film maker Scott Ward, was shot in South London, where Gold Panda grew up. It also features footage shot at the artist’s recent show at the Electric, Brixton, giving an indicator of his forthcoming shows. Watch the video above.

Released in June to wide acclaim, Gold Panda’s second album, Half of Where You Live was the follow up to the much-vaunted Lucky Shiner, a record that won him an army of fans and achieved the rare feat of near-unanimous critical approval. His new album has been described as a “city album” by its maker, and it’s easy to see why — each track possesses a different aesthetic and reflects a different environment. Gold Panda describes it as “a jump from location to location… I felt like I was stealing a piece of each place I went to.” “Community” is a house-tinged reflection on cultural divides in London, while “Brazil” catalogs Gold Panda’s arrival in Sao Paolo: “I wanted to make a track that soundtracked my ride from the airport to downtown” he explains. “The [vocal] sample is kind of like an excited chant, bigging up the place, then it all gets confusing to replicate the traffic and buildings.”

Taking on this loose concept has meant a more considered approach for Gold Panda, and the music has harsher edges than his previous work, and an almost hauntological feel at times. Crucially, though, this new approach hasn’t compromised the producer’s creative freedom, and the album still flows with his trademark organic vibrancy. “I’ve tried to really focus on just a few elements,” he explains. “I tried to avoid chopped up female vocals this time around, as it’s become pretty well done, and anything that was too solid structurally. Ultimately, though, you just find your groove and settle into a sound and realize you only really need to please yourself.”