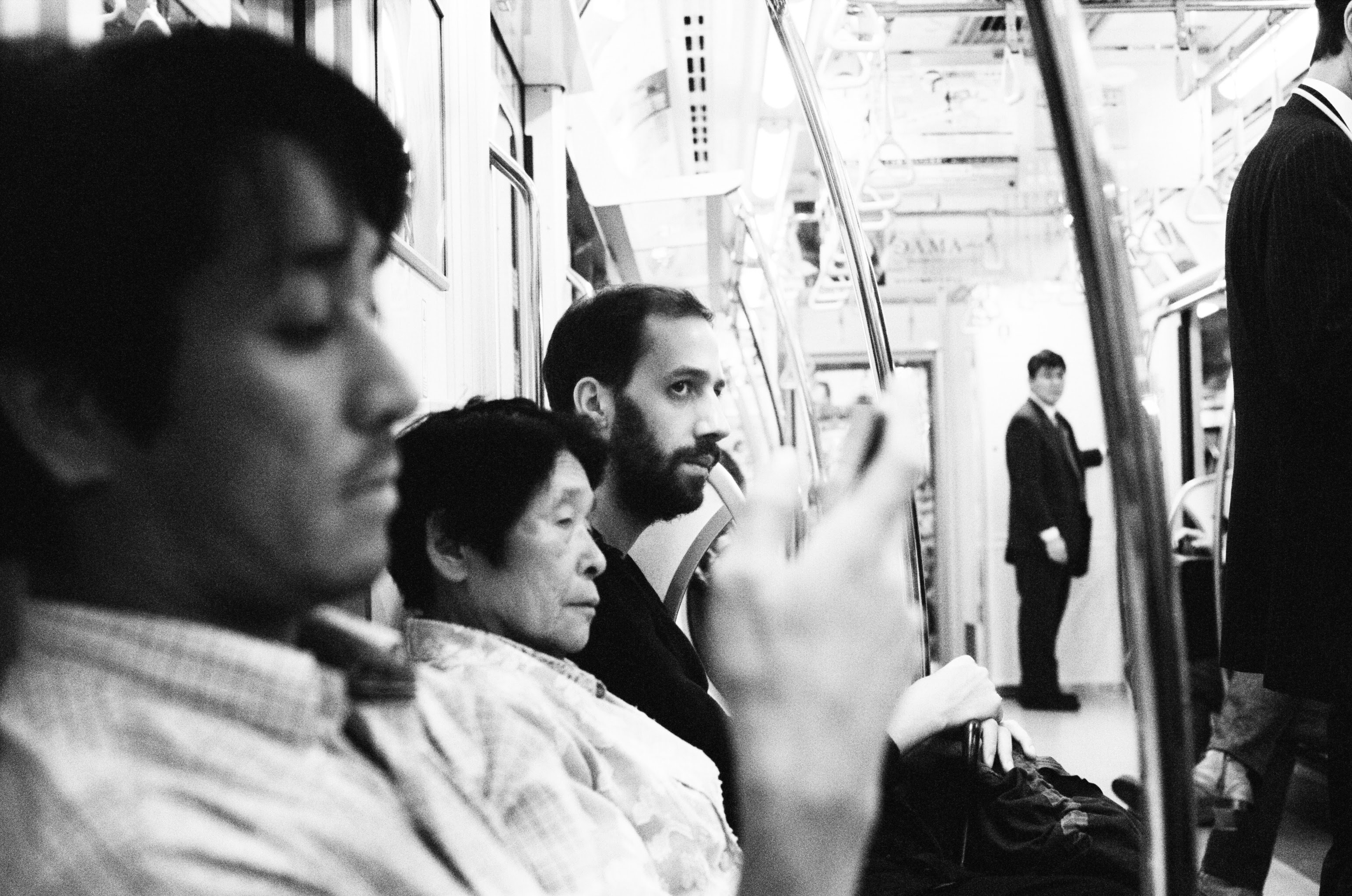 Today City Slang welcomes Gold Panda to the fold for the release of his forthcoming album, Good Luck And Do Your Best, set for release on May 27th. The record’s first single “Time Eater” is now available to stream.

The video for “Time Eater” was created by one of Gold Panda’s long time collaborators, Ronni Shendar. The Israeli visual artist and curator recorded the footage in NYC, Berlin, Cologne Hong Kong and Las Vegas. Previously Ronni has toured with Gold Panda creating live visuals, as well as the videos for previous releases “Snow & Taxis” and “Marriage.”

Good Luck And Do Your Best was initially planned to be something else entirely. Early in 2014 the electronic artist most comfortable with the moniker Derwin Panda set out to Japan for the first of a pair of trips – the latest of many visits to a place he holds most dear. This time a photographer, Laura Lewis, accompanied him as Derwin’s plan was to collect both audio field recordings from his trip across the country as well as accompanying visuals, with Laura tasked to capture what they saw and encountered together. The idea was to be able to put together something other than a traditional record; a sight and sound documentary of his time there, but the expedition ended up being the catalyst for a new record.

It began with an album title. “Halfway through the first trip we bought rail tickets and rode across the country and went to Hiroshima”. Derwin explains. “One afternoon we had taken a taxi, and as we got out, the Japanese taxi driver’s parting words to us as we left, were ‘good luck and do your best’.

“It was [the driver] speaking in English. He didn’t know English that well, but there’s a Japanese phrase called ‘ganbatte, kudasai’. And roughly translated, it basically means ‘do your best’, or it can also mean ‘good luck’.”

As a result of that chance interaction, Derwin says, he had the title for an album as well as a starting basis for the music. “Once you have a title, for me, things come together a lot easier for what it’s going to be.” Struck by the phrase, he ended up being led by the experience to make a record that is, to him “quite motivational, quite positive.”

Sonically, Derwin characterised the record by way of the visual inspiration he took from his Japanese trips. “I went over twice. Once in April, once in October, and they’re the best times to visit, because the weather is calm – it’s not too hot or too cold.”

“The album was recorded at home in Chelmsford, but I had that visual inspiration or documentation from Japan. So it was a look back. If you go in those months, Japan has this light that we don’t get here. It’s hard to explain. You know how LA has this dusk feeling? – that orange light that makes the place glow, and the neon signs? Well, Japan has this… at certain times of the year, it has this filter on stuff. So when we went the first time, there were a lot of pink and green colors. Mainly the buildings and cars and the people, and I think Laura captured those colors really well.”

Having finished recording his album, Derwin took the songs to fellow musician and producer Luke Abbott, wherein Luke “made it sound good, he put it into his magic smelter,” Derwin laughs. Mixing it at Luke’s studio, which similar to Gold Panda’s place of work, resides in his parent’s house in Norwich, reinforced the nature of the record in Derwin’s mind. “It has a homely feel. The tracks were made at home and they were mixed at Luke’s studio, so throughout the process, there’s always been access to family and your local surroundings. And banana bread.”

“You don’t control the music you make. The tracks need to reveal themselves”, Derwin muses. “Personally I don’t think I can choose to make it how I want.” But whether the 12 tracks that make up Good Luck and Do Your Best found him, or he found them, the result is a definitive & decisive chapter in Gold Panda’s trilogy: an album of vivid imagery & color. “I achieved a… piece” he remarks. “The tracks aren’t popping out against each other. It’s a record.”