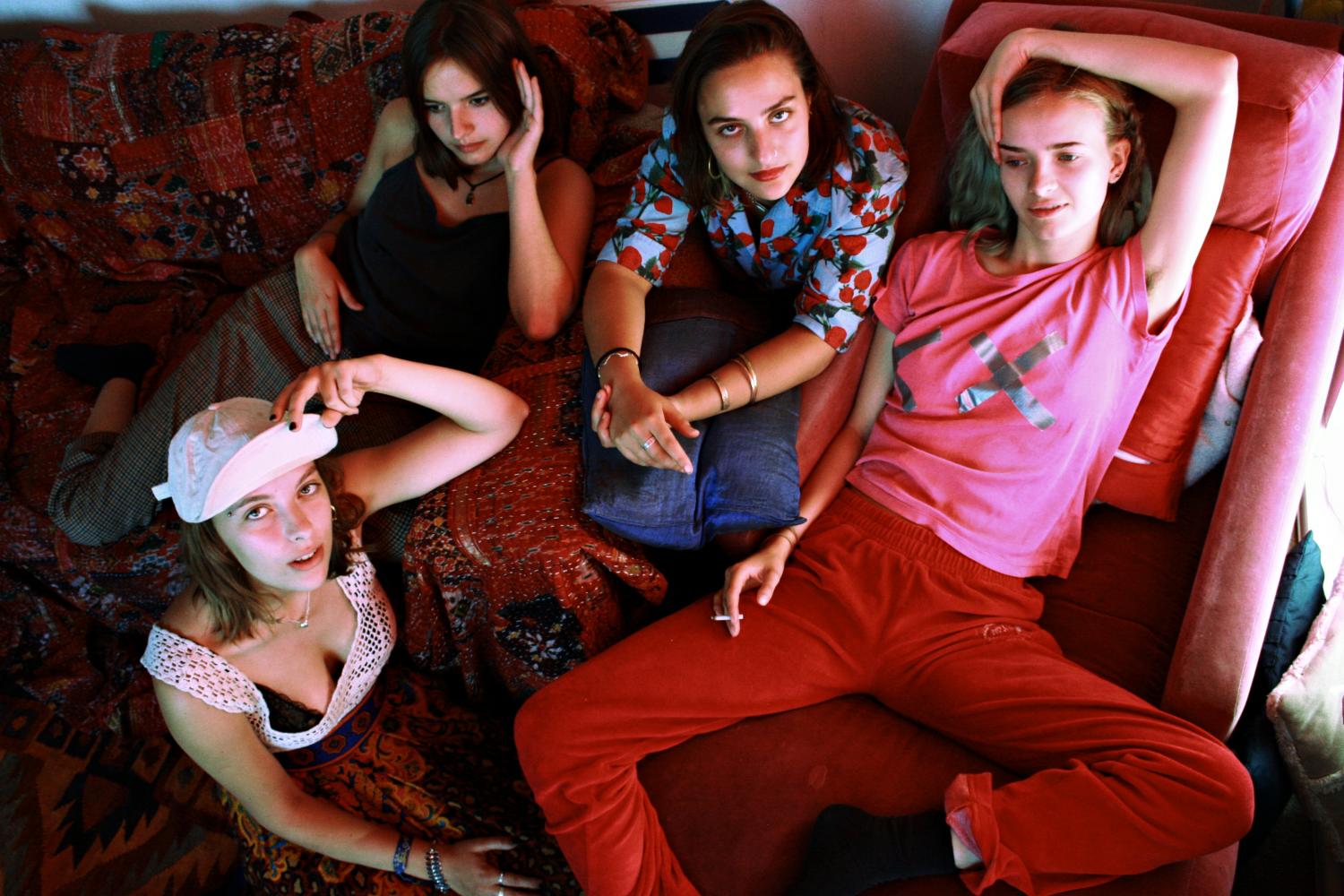 London Uk’s Goat Girl have released their new video for “Country Sleaze”. The clip was directed by Douglas Hart who was one of the founding members of The Jesus And Mary Chain. He’s directed over 80 videos including pieces for My Bloody Valentine, Primal Scream and many more. The strobe-heavy video is simple yet effective.

The members of Goat Girl are all under 20, and head up an emerging set of groups from South London who have been inspired by the burgeoning local scene there. Their band name was inspired by a classic sketch by the late great comedian Bill Hicks.

Country Sleaze joins “Scum” on the double A-side single, which was released on Rough Trade Records in early October. Both tracks on the single were recorded recently in a no-nonsense London studio with fast-rising producer Margo Broom. They are currently working on their debut album which will come out in 2017.

They are on tour in the UK at the moment, and following a run of shows supporting Parquet Courts, they are now supporting Yak, and will then open for Girl Band. They will also play a show in January with kindred spirits The Fall.

Goat Girl: Your video style is very unique – how did it come about?

Douglas Hart: In film, as well in music, it’s the things that first enthrall you in your early teens that serve as an inspiration throughout your life. So for me it was seeing bootleg videos of “A Clockwork Orange” and Sex Pistols’ 1978 tour of the USA when I was around 14 or 15 years old. Both tapes were 4th or 5th generation copies, so the colors were heightened and distorted as if in a dream. I think I’ve been trying to capture something of that look and atmosphere ever since.

GG: Did you enjoy the day we spent making the “Country Sleaze” video? Or did it feel like routine?

DH: Yes, I enjoyed the shoot… It was more like a discotheque than a video shoot.

GG: Do you miss being in a band? If not, what are the reasons?

DD: Yes, I do sometimes miss being in a band. It’s something pretty special to travel the world playing music with your friends at such young age… It was the escape route I used dream about when I was miserable in my hometown… and the dream came true. Very little else in life can be quite as exciting and intense. But, what I do now, especially on a shoot, comes pretty close.

GG: Do you have any advice for a new band?