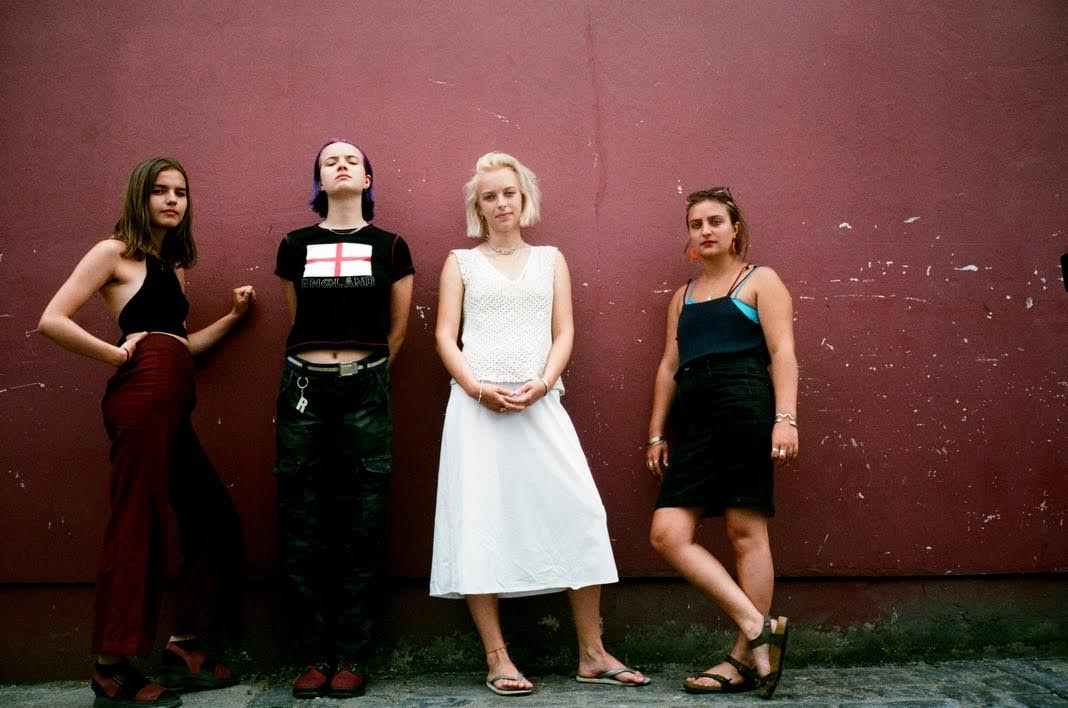 Rough Trade released a new track from London’s Goat Girl today. Entitled “Crow Cries,” the song finds the quartet building on the ominous psychobilly of “Country Sleaze” and fuzzed-out dark singalong “Scum”. A funereal art-house rocker, “Crow Cries” shows a band whose songwriting is evolving at a wild pace. It’s available on all digital and streaming services now, and the 7” single will be released on August 25th.

Goat Girl formed a few years ago in South London, and they have been on the road for the last 18 months playing with The Fall, Parquet Courts, Moonlandingz, & Girl Band.

Named after the questionable Bill Hicks comedy sketch Goat Boy (“It’s disgusting,” says Lottie, although she’s quick to add: “But I like his social commentary, and the satirical element to what he did,”) the band are fresh out of their respective London colleges and their sound is far from everything else ‘new’ you’ll hear right now.

Goat Girl’s furious sound represents how it feels to live in this current climate. “There’s teenage angst in them,” says Ellie, “But I think that was inevitable, growing up in London over the last ten years.”