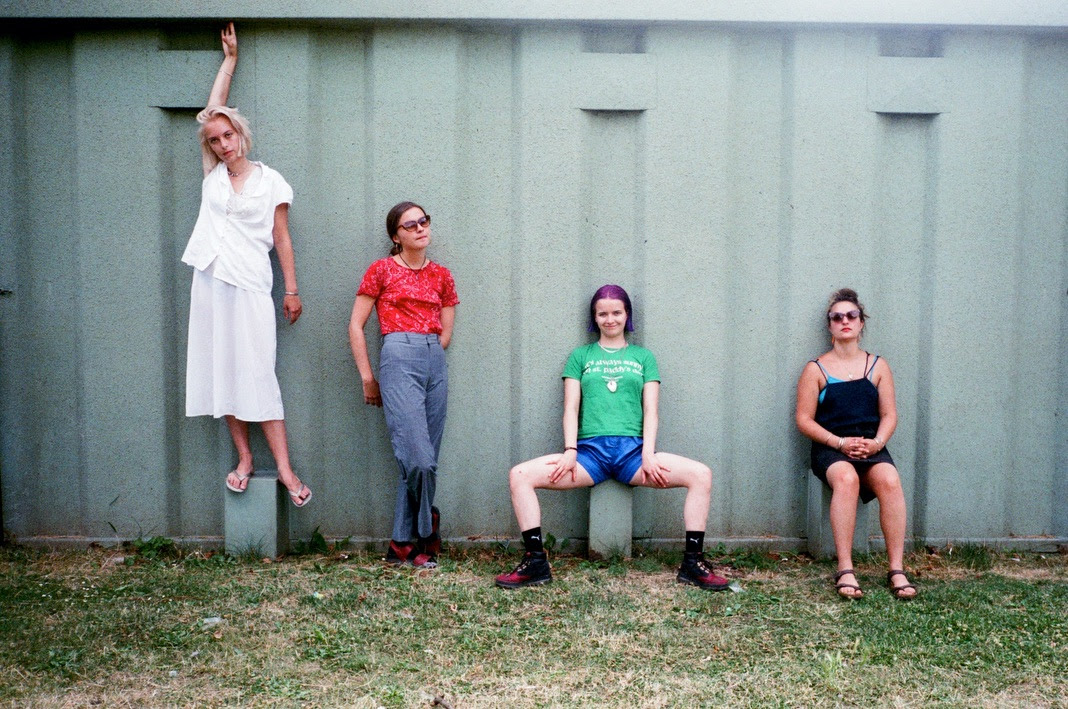 South London’s Goat Girl have shared their new video for “Cracker Drool”, the song produced by Dan Carey (Bat For Lashes, Kate Tempest) and recorded in his South London studio. The Video was directed by CC Wade and was filmed in Sussex by the London based brothers who have previously worked with King Krule. “Cracker Drool’ will be released December 8th on limited edition 7” backed by exclusive B-Side “Scream”.

Goat Girl formed a few years ago in South London, and the band have been busy playing shows with everyone from The Fall to Parquet Courts. They head up an emerging set of groups from South London who have been inspired by the burgeoning local scene there.

Named after the Bill Hicks comedy sketch Goat Boy (“It’s disgusting,” says Lottie, although she’s quick to add: “But I like his social commentary, and the satirical element to what he did,”) Goat Girl are fresh out of their respective London colleges and their sound is far from everything else ‘new’ you’ll hear right now.

Goat Girl’s furious sound represents how it feels to live in this current climate. “There’s teenage angst in them,” says Ellie, “But I think that was inevitable, growing up in London over the last ten years.” All four members of Goat Girl have just turned 20, but their relative youth isn’t what makes them stand out. Rather, they feel so compelling because of the way they expertly pick through the holes of so-called millennial culture.