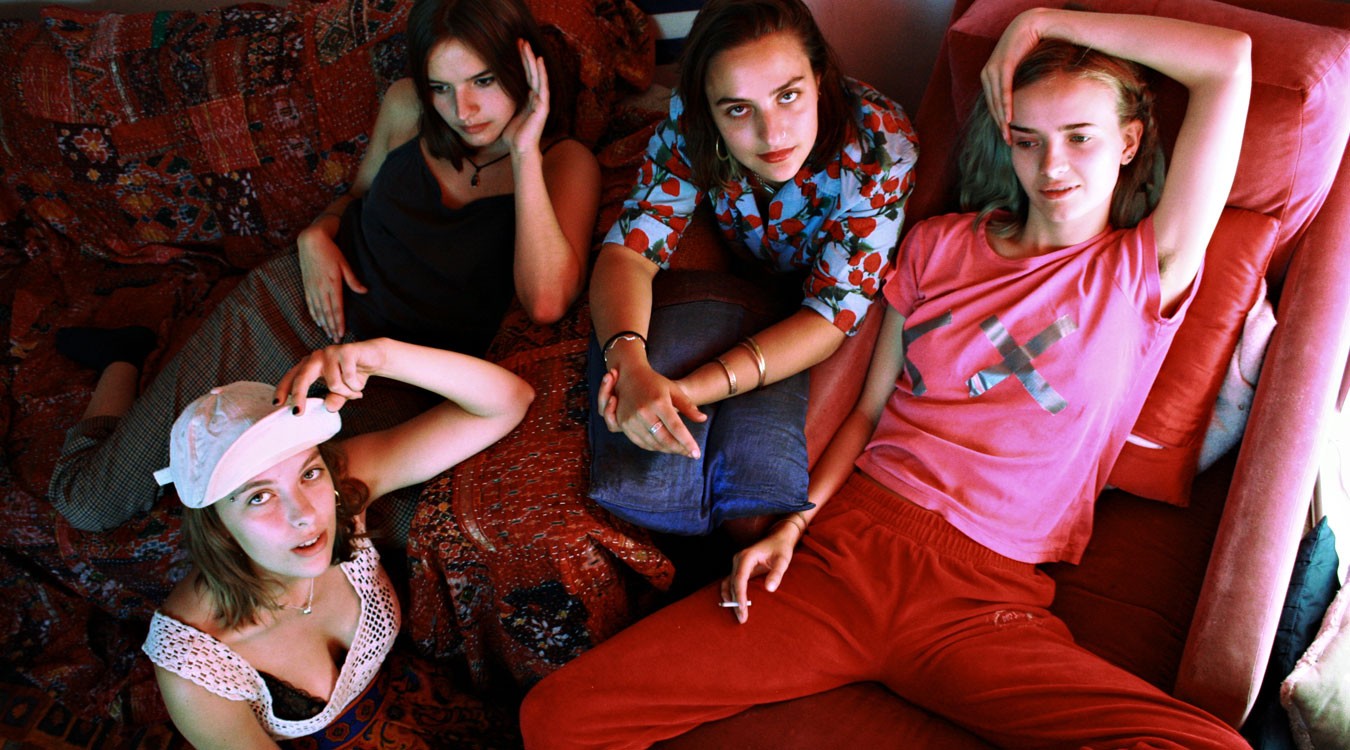 UK band, Goat Girl is the latest band signed to Rough Trade Records. Their politically charged “Scum” clocks in, in under two minutes. It’s The Pixies meets Courtney Barnett meets The Fall meets The Raincoats, but actually it’s 4 ladies from South London, all under 20.

Goat Girl, will release a full-length sometime next spring. The launch of the first track “Country Sleaze” was trending in the UK! They remain a bit of a mystery however…they’ve not revealed much about themselves…not even their real names. They go by: Clottie Cream, Rosy Bones, Naima Jelly and L.E.D. They are on tour in the UK this fall with label mates Girl Band and Parquet Courts and also have a 2017 show with their kindred spirits, The Fall!

Goat Girl head up an emerging set of groups from South London who have been inspired by the burgeoning local scene there. They write songs that use subtlety as their main ingredient while remaining disarmingly fierce at every turn. Both tracks on the single were recorded recently in a no-nonsense London studio with producer Margo Broom.