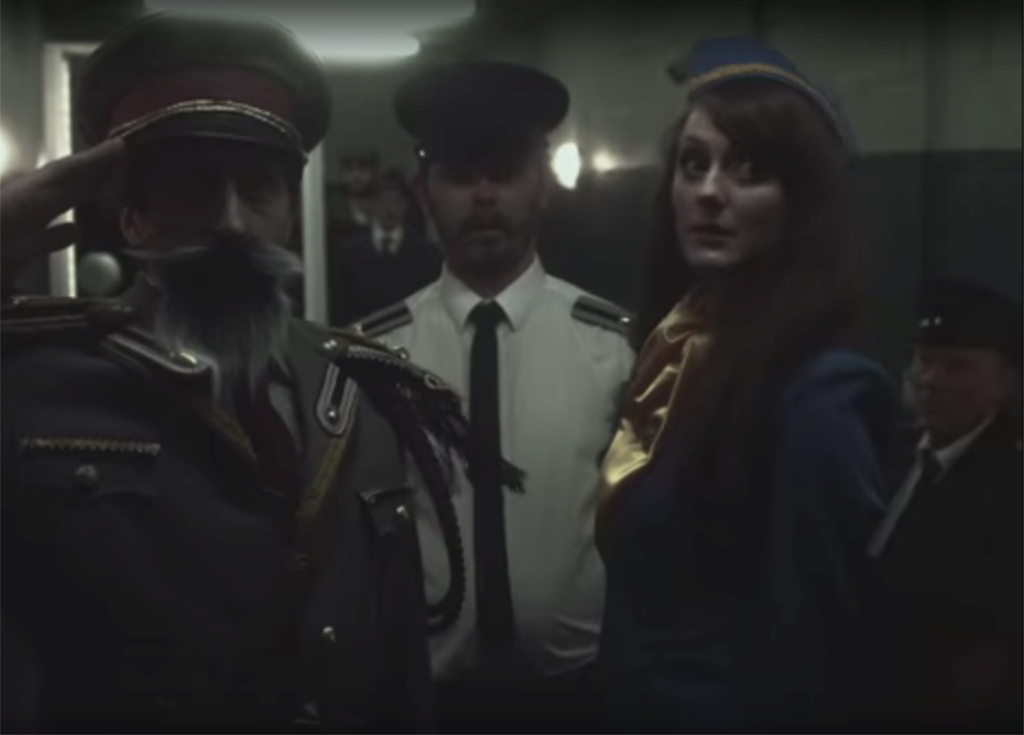 Girl Band has shared a new video for “In Plastic” from their debut album Holding Hands With Jamie, out on Rough Trade. The clip was directed by longtime video collaborator Bob Gallagher, whose videos for “Paul,” “Pears For Lunch,” and “Why They Hide Their Bodies Under My Garage?” “In Plastic” takes place at a Kafka-esque airport seemingly outside of time, and is a remarkable portrayal of existential anxiety. “In Plastic” will be released as a 7” backed with a live version of “the Last Riddler” by Rough Trade on July 8th.

Gallagher shared the following about the video’s concept and execution:

“I think I pitched the idea to the band as the fever dream Kafka might have if he ever read 1984. It’s not set in a particular place or period. Some of the references and inspirations are historical and some are quite recent. It’s a mish-mash of influences, and a lot of it was shaped by conversations with the band.

“The video is obviously totally ridiculous in many ways, but it touches on themes of surveillance, paranoia, and how arbitrary the construct of a border can seem, which are all very contemporary anxieties. When I see clips of Donald Trump talking about deporting people and building walls I have to remind myself that I’m not watching an absurd alternate reality.“

Girl Band will be coming to the US for the first time since the release of Holding Hands With Jamie in July, performing at Baby’s All Right on July 14th, followed by a set at the Pitchfork Music Festival on July 16th.