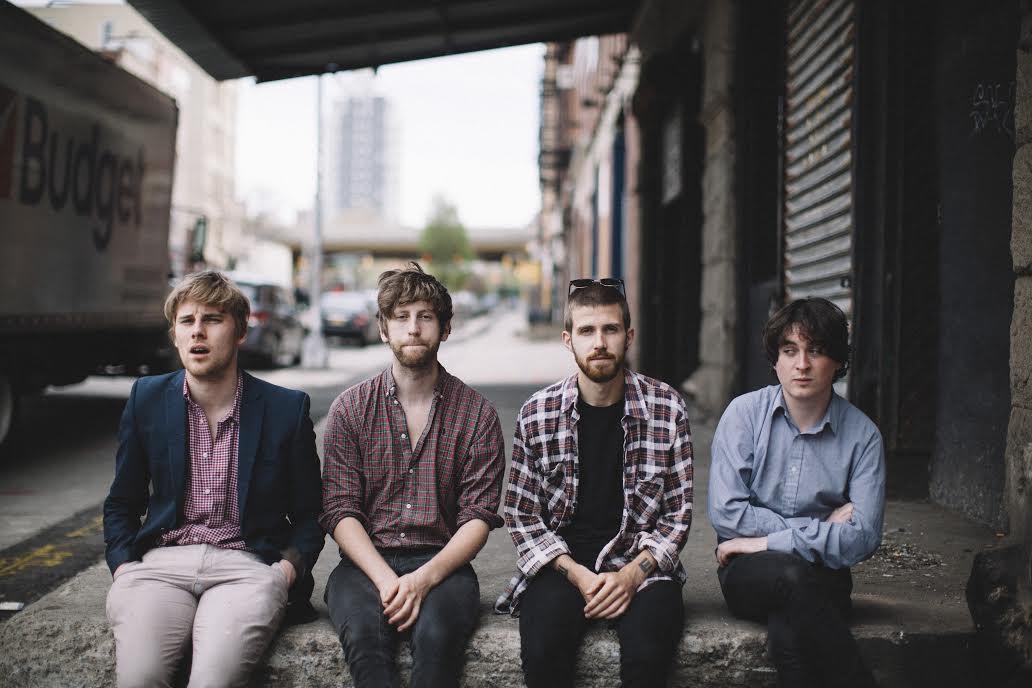 Irish quartet Girl Band have shared The Bob Gallagher directed video for “Going Norway” the second single from their new album The Talkies, out on Rough Trade Records on September 27th, 2019. The Talkies is the follow up to the Dublin band’s debut LP Holding Hands with Jamie. “Going Norway” follows lead single “Shoulderblades.” the track, and can be found streaming on all DSPs. A 7” vinyl version of the single is now out via Rough Trade Records.

The Talkies was produced by the band’s own Daniel Fox, and recorded in November 2018 at Ballintubbert House, a stately manor on the outskirts of Dublin. “In many ways,” says band member Alan Duggan, “the idea behind the album was to make an audio representation of the manor home.” The space became Girl Band’s sonic playground as the members worked to adjust to the house’s corners and textures to create the soundscape of the record.

“‘Going Norway’ was one of the first tracks we finished,” explains vocalist Dara Kiely, “but the melody actually comes from a track that I wrote about 8 years ago. I saved that melody and brought it up when I didn’t have any ideas left, I was also doing a lot of mindfulness meditation around the time of it, so lyrically I decided not to use any pronouns within the track and the whole album – that came about when I came across this quote from the Buddha which was ‘Nothing is to be clung to as I, me or mine’ – and I removed all that in a way to kind of find an abstract world to live in”