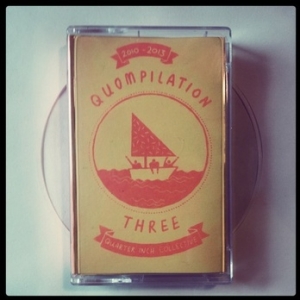 Irish four-piece Girl Band have announced a new single for 2014.

The new single “Lawman” is being released with Any Other City Records on a limited run of 300 7″ records, each screen-printed and hand stitched.

The noise rock band from Dublin, Ireland released their debut single “In My Head”, followed by their 6 track EP – France 98, both in 2012 with Any Other City Records (Villagers, James Vincent McMorrow). The band is influenced by a mix of 70s post punk, 80s hardcore punk, with textures and song structures influenced by techno acts.  Their live show is known for being loud, intense and energetic.