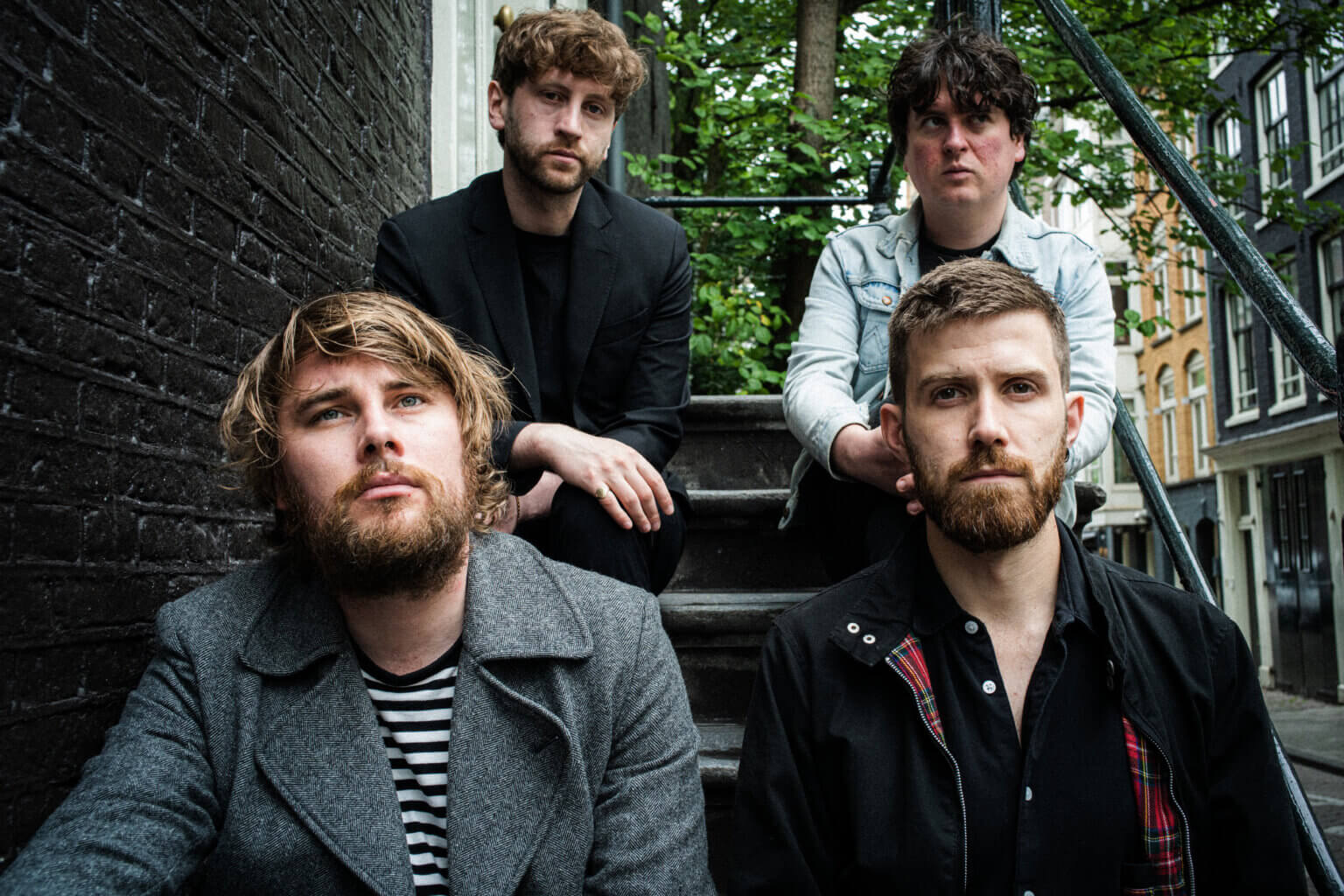 Gilla Band FKA: Girl Band have announced their new album Most Normal will drop on October 7, 2022, via Rough Trade Records. Ahead of the album’s arrival, the Irish band have shared the first single “Eight Fivers” and accompanying video directed and animated by Mortis Studios with additional help from Ruben Hernandez. Most Normal is the band’s third album; it was self-produced, and recorded and mixed by Gilla Band’s bassist Daniel Fox at Sonic Studios and their rehearsal place.

“Eight Fivers” announces itself in the typical Gilla Band way, where the lyrics often feel abstracted from the music. Singer Dara Kiely’s voice sounds like it is being pulled by two opposing forces, it’s a melodic cry yearning and dancing over the song’s driving beat. Kiely says of the track, “Eight Fivers is about being out of touch with modern circumstances while feeling socially limited. Never fitting in and kind of proud of it. Stuck with what I have and happy for it. Being grateful and not fashionable, self-conscious and too aware of what is lacking. Accepting that jealousy has played a big role in my life but trying not to feed into it.”

Covid lockdown robbed Gilla Band of any opportunity to try the new material out live, but the pandemic also incinerated any idea of a deadline for the new album. They were free to tinker at leisure, to rewrite and restructure and reinvent tracks they’d cut – to, as drummer Adam Faulkner puts it, “pull things apart and be like, ‘Let’s try this. We could try out every wild idea.”

The group also fell under the spell of modern hip-hop, “where there’s really heavy-handed production and they’re messing with the track the whole time,” says basses Daniel Fox. “That felt like a fun route to go down, it was a definite influence.”