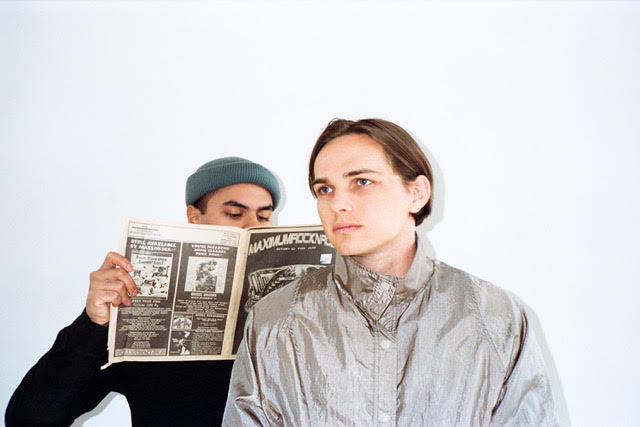 Canadian Indie Pop duo Gill Bondy are comprised of Toronto-based Hayden Stewart and Binod Singh. Separately they have toured/studied alongside the likes of Nick Hakim, Empress Of and Born Ruffians. Hayden was also a member of Myspace generation era band First Rate People. Together they write music that is indicative of the ebb and flow of an ocean tide by creating an interplay between thoughtful, unexpected arrangements, sonic textures, harmonious vocals, and the melodies that accompany them. This week saw Gill Bondy release their debut single “12 Days.” The track is now available via most streaming services. Expect more news soon regarding a new release from Gill Bondy.

The duo also have an interesting story behind their formation. The two met on the waters of Lake Huron, where they both of their families had childhood homes in rural Canada. It’s during these times that Hayden and Binod became inseparable friends. However, both of them were musically inclined and ended up moving away for college. Hayden attended Carleton University in Ottawa while Binod traveled south to Boston’s Berklee School of Music. While away at school they both lost contact with each other and grew apart. Seven years pass, Hayden is travelling and beginning to lay the foundation of a new project based around a coastal character called Gill Bondy. Eventually, Hayden and Binod re-connect that summer back at the Peninsula where they had first met as children. After discovering that they both lived in Toronto, they decided to meet up with no expectations. The creative energy was palpable, and a plan to collaborate was hatched. Within months, the two had moved into Hayden’s Toronto based studio + apartment, where they now write and record most of their material.