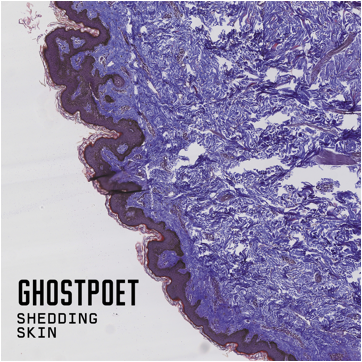 Ghostpoet has announce news of his forthcoming album Shedding Skin which will be released on March 3rd 2015 through Play It Again Sam. Listen To New Track “Off Peak Dreams” below

Shedding Skin Track Listing
Off Peak Dreams
X Marks The Spot
Be Right Back, Moving House
Shedding Skin
Yes, I Helped You Pack
That Ring Down The Drain Kind Of Feeling
Sorry My Love, It’s You Not Me
Better Not Butter
The Pleasure In Pleather
Nothing In The Way

Meanwhile, Ghostpoet will make a handful of live appearances in the UK this month including two shows and an appearance at the now sold out [PIAS NITES] event in London.