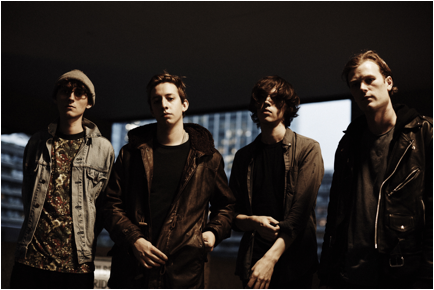 Gengahr have released their video for the single ‘She’s A Witch’ The clip is based on the band’s love of comedic horror. Member Felix Bushe described the the video: “‘We wanted to make a video that John Cleese would have been proud of – it was heavily influenced by our love of Monty Python’.”

Drenched in fog from the beginning, Gengahr’s ‘She’s A Witch’ is a fun video. Out March 10th via Transgressive Records, it’s a good take of their hazy melodic guitar-pop, and teases at the band’s upcoming debut album.

It was a year that also found the band playing some decent shows across the globe, including Latitude and MIDI. They also Toured with Wolf Alice, Superfood, Jungle, and The Maccabees. The band will follow up in 2015 with shows in North America and Europe.

The band are set to play their last date with Alt J tonight in London, before they head here in March for SXSW.