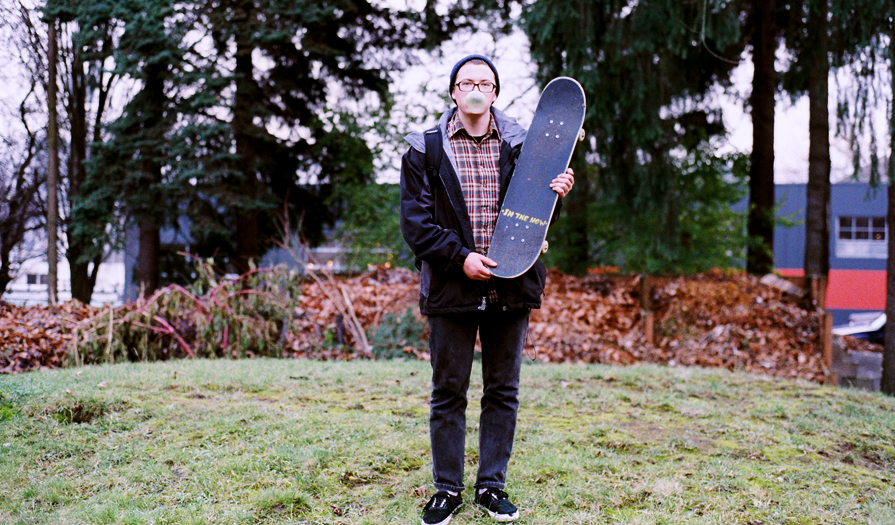 Today, Washington State native Spencer Suit AKA: Generifus has shared the title track from his forthcoming release ‘Extra Bad’. The album will be available September 1st via Sultan Serves Records.

Extra Bad is the new (and technically sixth) full length from Generifus, the songwriting and recording project of Washington state resident Spencer Sult. The album marks a return to Dub Narcotic Studio in Olympia, the site where previous full length Back In Time (2012) and single “In My Cave” (K, 2011) were recorded. Following several self-recorded tapes released in the interim, a new power-trio line up was brought together to capture ten new concise guitar-driven musical statements and ponderings.

The formation of the new line-up can be traced to the Olympia departure of frequent collaborator Spencer Carrow and demise of house-venue and previous Generifus HQ Chez Puget around the end of 2012. Sult soon fell in with a new group of musical friends based around the Guest House, another Olympia house venue, and recruited residents River Nason (drums) and Liam Hindahl (bass) to bring his new songs to life at shows. Performing frequently around Olympia for the next year, Generifus shifted it’s reputation from a primarily solo affair to a more powerful live experience. This growth lent itself to the ensuing recording session (with Dub Narcotic studio head Sam Gray) that produced Extra Bad.

In concept, Extra Bad follows themes of previous releases while exploring a new sense of conflict between seeing ones self as an artist while being distracted by darkness in media and everyday working life. The overall goal and hope is that music can continue to bring people together against all (extra) bad things in the world.