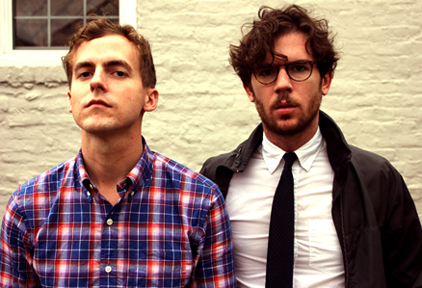 In keeping with the distinct spirit of Alix, built from rhythmic layers, RZA beats and bright, poppy vocals, Generationals previously released their mini-film take on Alix track “Gold Silver Diamond,” then shared the electric atmosphere they bring on the road with the live video for “Would You Want Me,” recorded in their hometown of New Orleans.

To kick off the new year in style, they now unleash the prismatic video companion to “Reviver,” where the band stars as motocross racers who fly through palm trees in perfect harmony with the track’s jubilant synths.

Comprised of band members and friends since high school Ted Joyner and Grant Widmer, Generationals fourth studio album Alix, (out now via Polyvinyl Records). Determined to leave no city untouched by their live energy, they kick off another national tour next week, including dates in Chicago, Nashville, San Diego, Austin and stopping by festivals including Bahidora Festival in Mexico City and Savannah Stopover Festival.