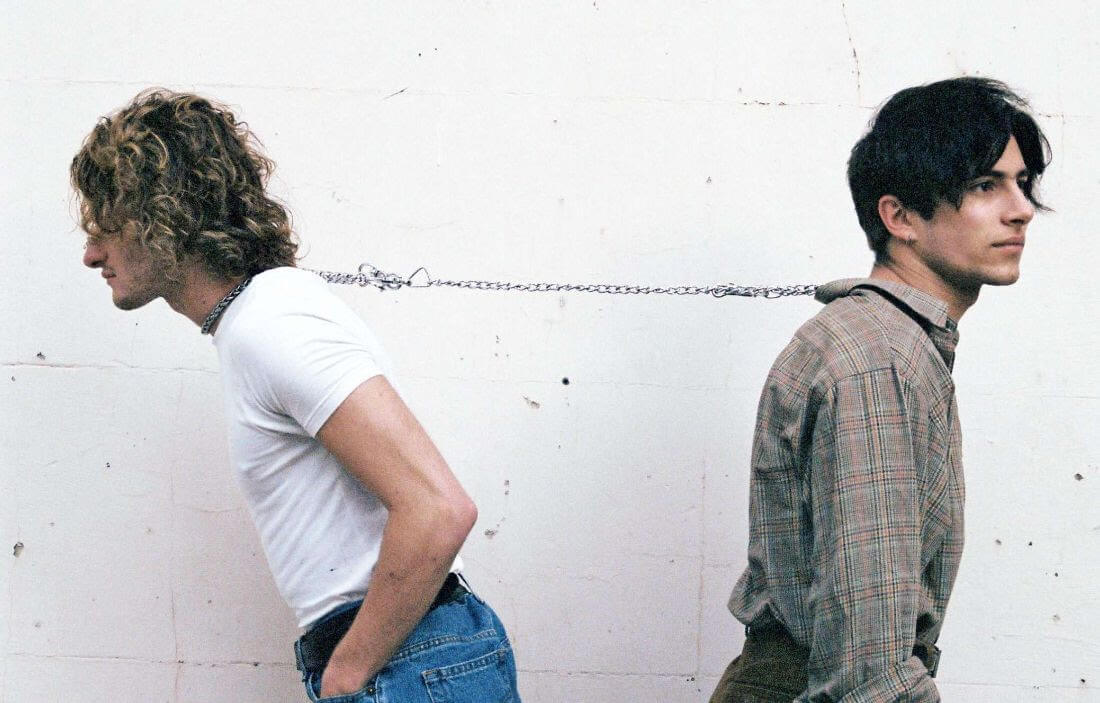 UK band Generation, recently released their second single “Tokyo.” The track is lifted from their upcoming debut mini-album Suicidal Champagne. The new release is the follow up to the stooges-loving first single and title track from the album, Suicidal Champagne.

Tokyo was written by the duo, brothers, James and Dean Carne, about wanting rid of old band members that had aggravated them, willing them to leave the scene. The track talks of being trapped, painting claustrophobia on a canvas of gritty chords that are played with wild freedom. Ultimately, Tokyo finds the duo getting lost in the escapist fantasies that seem more relatable than ever as the world, not least Generation’s 20-something peers, lose days, weeks and months to the global pandemic.

Tokyo was recorded and produced in an atmosphere of fertile creativity in a converted barn in the company of producer/drummer, James Kenosha (Pulled Apart By Horses, Rhodes, Dry The River), with the Carne’s picking up the reins of bass, guitars and vocals at will.

Generation was originally formed in the Carne brothers’ late-teens in the midst of period of self-discovery and experimentation, gathering word of mouth from their must-see live shows, yet stubbornly holding back recorded material until they were satisfied that they were meeting their own, exacting standards. Pursued by industries as interested in their style as their sounds, the brothers sway between fashion and music, gigs and runways, deadbeat bars and photo studios.