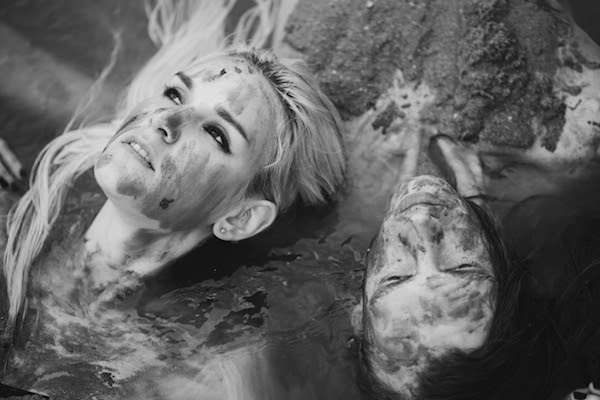 Ahead of their debut release Kill the One You Love, GEMS are sharing new track “Tangled Memories”. Gems have also announced North American tour dates this fall, hitting the road with Autre Ne Veut.

Based out of Los Angeles, the duo of Lindsay Pitts and Clifford John Usher craft a mix of evocative shadow pop, influenced by R&B production and shoegaze that tangles thematically with existential longing and raw human truths. In 2013, GEMS self-released the Medusa EP, a debut with a remarkably mature sound and crystalline vision that matched Lindsay’s haunting and emotive vocals with Clifford’s dark and dreamy production. Kill the One You Love arrives October 30th on Carpark Records

Kill the One You Love more deeply indulges in the group’s evocative shadow pop, influenced by R&B production and shoegaze. At the core of GEMS’ music is existential longing. Lindsay and Clifford try to capture the intangible and they arrive closest with Kill the One You Love. “Music is a never-ending process of learning and growing and reaching,” Clifford says. “Of stepping outside of what is familiar and moving into a place where there aren’t answers.”

The songs on Kill the One You Love play out like a series of confessions. They are the secrets written in diaries, the unspoken lament to a lover. The title, a reference to Chuck Palahniuk’s Fight Club, shrouds the project in a funerary cloud, alluding to the death of a relationship, the death of love, the loss of self. And yet there is a sense of hope that pervades the album, hope that some ray of light may find its way through the darkness.