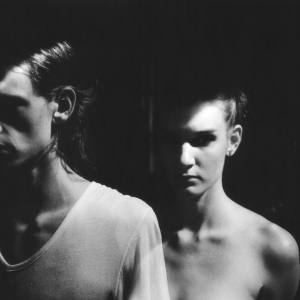 GEMS have today released a new, extended version of their single “Medusa” titled “Medusa UN₡U₮.” Originally intended to be released in its longer form, GEMS are offering  the track up as a free download for fans who sign up for their email list, and is also available for streaming on soundcloud. In characteristic fashion, the DC-based duo of Lindsay Pitts and Cliff Usher has also created unique cover art for the track while still a direct nod to the original artwork, viewable below.

The duo is set to bring their live set to Brooklyn for a  show at Glasslands December 5th, playing tracks off their recently self-released EP, Medusa